Play
What You Give

Play
All My Life 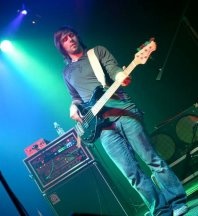 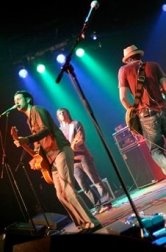 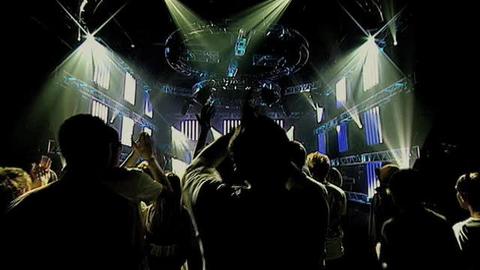 Play
What You Give

Play
All My Life

Indie Find! by
About.com (a NY Times Company) One of the best parts of my job is to be able to "... One of the best parts of my job is to be able to "discover" new music and bands and then share them with you, my friends and readers. And while I normally don't introduce Indie Find's until Mondays, these guys are simply too good to wait the extra 4 days. Plus, this coming Saturday at midnight they will be appearing on the Daystar Network's show "Soundcheck," and you don't want to miss the chance to see them perform. So, on that note, it gives me great pleasure to introduce Kingsfall...the next big thing to come out of Dallas, Texas. Larry Leicht, Devin Dean, Daniel Lopez, and Joshua Dufrene share a vison of taking the music that stirs their hearts and souls to the masses, both in and out of the church. For them it's not just a job or even an adventure, it's a calling that they can't deny. They share their passion through their music and they strive to change lives, one heart at a time. After getting a note from lead singer Josh Dufrene asking if I could recommend any booking agents, I checked out their MySpace page. I got interested during "Believe," got pumped with "Dream" and had become a fan by the time "All My Life" played. I just got the pleasure of getting to listen to a rough recording of a brand new song called "If Only" and I have no doubt at all that once they get it mixed, mastered and put up on their MySpace page, they'll probably clog the MySpace servers with listeners! That song and this band it that good! Yep-Kingsfall is the kind of good that should have record labels fighting over them; the kind of good that took Switchfoot from being a popular band in San Diego to a household name all over the world. Mark my words folks...Kingsfall is a name that you're going to hear a lot more of in the future. They've got it all...the talent, the drive, and most of all, the heart for ministry and a commitment to take God's music and message to the world.
Kingsfall Raises The Roof At The Whisky by
Kingsfall Raises The Roof At The Whisky During Musexpo 2009 [- Hide] A&R Worldwide MUSEXPO Los Angeles 2009: WEDNESDAY, APRIL 29, ... MUSEXPO Los Angeles 2009: WEDNESDAY, APRIL 29, 2009 Kingsfall Raises the Roof Kicking off our evening’s entertainment at the Whisky is Dallas-based quartet Kingsfall, who have already enjoyed quite a successful 2009, having emerged victorious in a pair of major music competitions this year. They bring some solid rock right off the bat, eliciting whistles and shouts from the crowd for their meticulous melodies and thunderous rhythm section, all underscoring frontman Joshua Dufrene’s soaring vocal lines and inspirational lyrical messages. The song “Believe” was a particular standout, an autobiographical tale of Dufrene’s about believing in achieving your goals in life; the song had the Whisky audience mesmerized, swaying in unison and paying rapt attention to the marvelous musicianship emanating from the stage. Though they sing the lyric “We can’t predict the future,” allow us to engage in a bit of soothsaying: Kingsfall is a name you’ll want to remember! POSTED BY MUSEXPO LOS ANGELES 2009 AT 9:11 PM
Kingfall's Star Shines Brighter by
Kingfall's Star Shines Brighter About us.com Kingsfall - Burning Brighter Than Ever Wednesday ... Kingsfall - Burning Brighter Than Ever Wednesday January 28, 2009 Do you remember Kingsfall, the new band that I introduced you to last October? Their rising star just keeps getting brighter and brighter! Play Mayercraft 2 - The band is currently competing for the opportunity to play alongside of John Mayer on Mayercraft Carrier 2. Kingsfall is beating out secular bands to lead the pack! Voting ends on January 31st, so be sure to go vote and show the world that a bunch of Christian guys can beat out their secular counterparts. Speaking of winning, after beating over 2,000 secular bands in the December FameCast stage last month, Kingsfall has moved into the FameCast Finals, which kick off on February 1st. The winner gets $20,000 and the title of FameCast Fenom as well as opportunities to perform at Lollapalooza,The Austin City Limits Music Festival and much more. But wait! There's more ... Kingsfall has been selected to be featured in the Alternative Addiction Next Big Thing Feature,starting February 1st. If they win, they will be featured in March as the Indie Spotlight Band of the Month. On February 9th, a mere eight days later, the band will be featured on Channel One in their "Hearit Now" section. Since the Peabody Award-winning Channel One News is the leading source of news and information for young people with their news broadcasts being delivered daily to more than 6 million teens in middle schools and high schools across the country, this is a huge deal. Hats off to Kingsfall - they are truly making a wave and an even bigger impact on everyone who hears their music. Comments