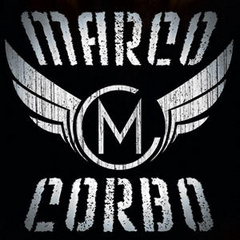 Recording artist Marco Corbo has a very bright future ahead of him. A ten year veteran of the Edmonton music scene, Marco has honed his songwriting and performance craft impressing audiences and industry insiders alike throughout Western Canada and beyond. In 2007 Corbo founded the band Wide Awake with Jason Allen and Marc Rondeau. This hard working band gained a solid following, touring through the west with performances in such venues as the Roxy in Vancouver and the Starlite Room in Edmonton. The band was very well received and crowds loved the band wherever they played. After two years, Wide Awake not only had an impressive live performance history, but had recorded a full-length album; all penned by Marco Corbo, and three songs of which were radio singles. The song “Hey Yeah” did particularly well in Quebec getting played in medium and heavy rotation on several stations. The band also charted an impressive #29 on CIUT FM in Toronto. In 2009, Marco decided it was finally time to take the next step and pursue a solo career; he began working on his debut solo album. He quickly enlisted the help of drummer Ryan Hoyle (Collective Soul). Marco and Ryan had met a few years earlier when Ryan was still a member of Collective Soul. The two kept in contact and Ryan was excited to play on Marco’s new album. They quickly put together an amazing line up for the recording: Rami Jaffee – keyboard player, Foo Fighters Brad Smith – bassist, Blind Melon Joel Shearer – guitarist, Alanis Morissette With Ryan playing drums, the last piece of the puzzle was finally in place when Marco contacted Greig Nori (Treble Charger, Sum 41) to produce the tracks. After hearing Marco’s tunes, Greig readily agreed to come on board and the recording began. Once Greig added background vocals and harmonies, the songs were mixed by Eric J. Dubowsky (Carolina Liar, Weezer) and mastered by George Marino at Sterling Sound. The first two singles are finished and Marco will take a short break from recording to do some live shows. He will be back in the studio to finish the album in the coming months. With influences ranging from Pearl Jam and Collective Soul, to the Beatles and Sam Roberts, Marco brings a unique straight ahead rock sound to the table while not forgetting his acoustic roots. Whether it’s on stage backed by a great band or sitting on a stool with an acoustic guitar, Marco looks forward to sharing his passion for performing with his fans.

FYI Music daily round-up by (From our Western Canadian Tour when we were still Wide Awake).
Wide Awake are taking over the West with an 31 date tour that kicks off in their hometown of Edmonton, a stop at the famous Roxy in Vancouver on June 15th, and ending with a 2-night stint in Banff...
p
A
n
E
F
Song Title by Artist Name
987654d
LM
iAnEAqqqq