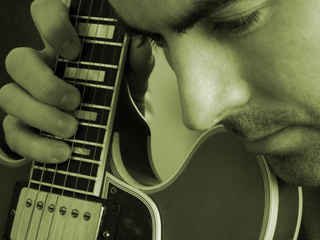 For the past ten years Boston based singer/songwriter/guitarist Matt Chase has been performing his original music to enthusiastic crowds throughout the Northeast. He has played venues such as The House of Blues, The Paradise Rock Club, and NYC's Knitting Factory and The Bitter End. During that time he has recorded four full length albums including the newly released Never The Same. Matt is extremely versatile in his music and guitar playing performing in rock clubs, jazz venues, and recently opening up for folk great Cheryl Wheeler. He has a soulful and wide ranging voice that along with the music is both original and refreshing. Matt is able to appeal to listeners young, old, and everywhere in between.

Never The Same by
South Shore Living Magazine November-December 2009 Every decision a person makes in life influences their future and sometimes it takes them in a direction they didn’t initially expect. For...
p
A
n
E
F
Song Title by Artist Name
987654d
LM
iAnEAqqqq