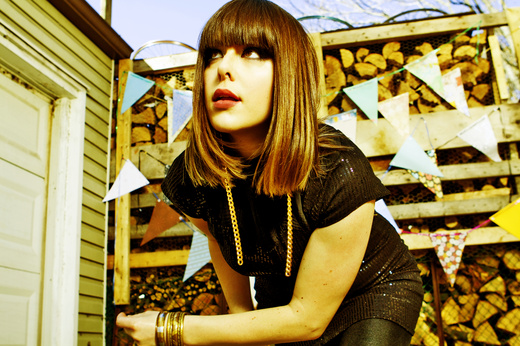 Melissa is an arriving artist who has been working through the emotions love and desire. Born and raised in Vancouver, BC she often draws from early experience, which covers performances with her grandfather, Joani Taylor and wordPEOPLE to shape her ever-evolving sound. The move to Toronto has taken her desire in wanting to share her music to new heights. Her debut solo EP 'Back To Me', released on October 4th, 2011, is available online at MapleMusic.com and iTunes.

Girls who are killin' it by Elle Canada
Sometimes the greatest talents are right in front of your face and you don't even know it. I attended the Over The Top Festival, here in Toronto a couple of weeks ago and was introduced to a local...
Album Review by Shirk Magazine
The first time I saw Melissa Cameron sing was earlier this year when Bangs & Blush and one of Melissa's projects Brooklyn Price were both performing at the very first Heartstrings TV showcase...
Album Review by This Girls Travels
so I went to the first show I’ve been to in a loooong while last night, and it was so good.full disclosure: it was my cousin & dear friend melissa cameron’s ep release party, but blood...
p
A
n
E
F
Song Title by Artist Name
987654d
LM
iAnEAqqqq