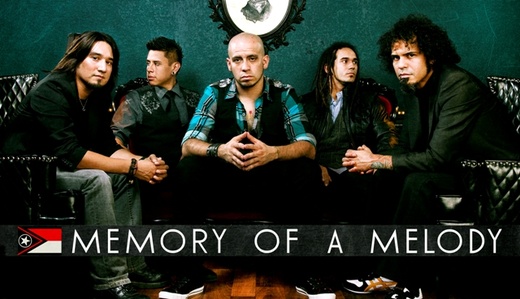 Memory of a Melody

Memory of a Melody is a collection of adjectives, personalities, and influences brought together by Kevin Rhoden, Josh Valenta, Mario Galdos, and Leo Garcia. It is a means of expression, an outlet to some, an inlet to others, and a reason to come together. It is our version of the invisibly dominant force that is music. The tales of heartbreak, love, unity, experiences, and positivity are vividly depicted by every note, lyric, and composition of each song.

Memory of a Melody formed in April of 2008. Leo and Mario had been in bands, but never found the element needed to take it to the next level. They found Josh, and the cornerstones were in place. The three of them began to write and realized an extra piece of creativity was needed. Kevin was called upon, and the course was aligned.

September 6, 2008 marked the first show in San Antonio, Texas. This started a chain of events that led to shows throughout the region and a spot on the main stage of Oyster Bake in San Antonio, Texas as the winner of the 99.5 KISS FM/Miller Lite Battle of the Bands in April 2009. The stage was shared with national acts including Adelita's Way, 10 Years, Lit, and Chevelle all playing in front of thousands of fans. Along with playing Oyster Bake, Memory of a Melody is being recruited more than ever to play larger venues with its increasing popularity.

Memory of a Melody is currently recording their debut album, entitled “Pulse”, which will be released in latter part of 2009. As this journey continues, it is our desire to have a positive influence on everyone coming along for the ride.