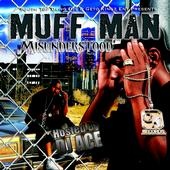 Talk about a humble but arrogant S.O.B, thats me. I live off my swagger and confidence. Many people didn't/dont know that I was an OriGinal member of Detroit's own infamous "East-Side Chedda Boys" who practiclly ran the east-side rap curcuit.. Since then I've worked with the likes of..(Tuff Tone, Malik a.k.a. Eddie Kane,Dino Beezy, Heavy Game, Ree$e, Nothin 2 Lose, Geto Kings, and a host of other's. Since 1999, I've grew a solid releationship with more prominent producers and artist such as "Shorty Redd" from BE@T BANGERZ ent. via ATL,GA "Midnight Black" from GHETTO WORLD ent. via ATL,GA and lets not forget Gucci Mann, Pastor Troy, Dj Dyce, Jezzy, Mami Chula, Fiend (formerly of NO Limit Records) and a host of others. My goal here is to uplift the growing hip-hop curcuit in Detriot an to do so I've created, filmed, and edited my own show called,"What's Up Freak!!" (available on DVD now only) to exspose more of our GOOD local talent's. I felt as though this was a very necessary element to uplift the city especially on the East-Side. For every independent artist that has dedicated their life to the same business, I see you as a mere reflection of myself. We've been poor enough and we've struggled long enough, dont you think? Muff Man is so serious about success one way or the other, he was sentenced (at one point) to 10yrs serve 5yr stint (Indiana Dpt. Correction) for dealing in a controlled substance. Dont look at me crazy!! What's the theme behind hip-hop..Sex, Drugs, and Money. So don't misjudge me. Take a strong look at your BIO an you will see I'm just like you.......PEACE!!

Weve Been Thru Alot!! by The Murder Of a Friend by the hands of Shawty Redd!!
The game is just as crazy as life.. Heres a true life story how love aint always love in the game because this should have never happen.. Both niggas was my friends but the one who died was my...
p
A
n
E
F
Song Title by Artist Name
987654d
LM
iAnEAqqqq