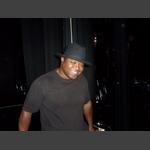 Wow, you've got some great stuff here." BMI Nashville, 2006. - The 7th of 16 children, Orlando Luckey is a singer/songwriter/performer who plays 14 different instruments, and has written over 150 songs, in genres of Country, Rock, Acoustic Pop, Dance, and Christian. He has performed in venues from Cincinnati to New York.