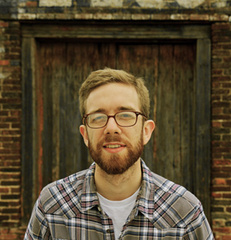 Noah Glenn is a musician and audio engineer living in Memphis, Tennessee He uses an array of instruments – mandolin, drums, piano, synthesizers, glockenspiel, clavinet, banjo, etc. – to explore a range of time-signatures and styles, creating a musical collage which manages to be experimental yet undeniably catchy at the same time. His songs are as original as only the product of a single individual could be, recalling times when pop music was not afraid to try something new. Noah writes, performs, and records all his own music, with occasional contributions from friends. He has been featured on NPR's Second Stage program, in Performer magazine, and on the popular podcast The Bored-Again Christian.

Performer Magazine Recorded Reviews by Liz Lawson
A self-taught musician, Noah Glenn plays every instrument that appears on his EP, The Cloudspotter from the mandolin, banjo and guitar, to the piano, synthesizers and glockenspiel. The EP is Glenn’...
Performer Magazine Recorded Reviews by Matthew Godbey
Lafayette & Luxia is the sophomore release from Arkansas-bred Memphis resident Noah Glenn. Although the 21-year-old Glenn is relatively new to the scene, releasing his debut album More Than...
Noah Glenn "Transient" by NPR Music
Noah Glenn is a 21-year-old solo artist living in Memphis, Tenn. where he writes and records multi-layered songs inspired by Sufjan Stevens, Brian Wilson and Beck. Originally from North Little...
p
A
n
E
F
Song Title by Artist Name
987654d
LM
iAnEAqqqq