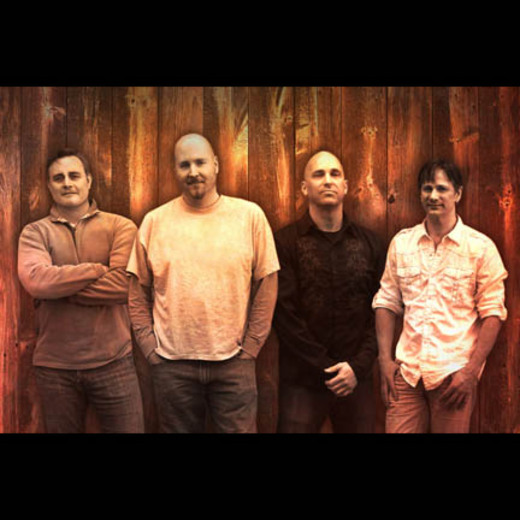 If you took Jeff Buckley, Tears for fears, Pink Floyd, And Coldplay, put them in a sack and shook really hard, out would come the fourth album from ULTRATONE. It’s a concept album set in the future, that tells a story about a world with no pain. This new album is their most ambitious album yet, taking you on a ride with songs that weave together a tale of a futuristic world, where space exploration has led to a what would be a society changing discovery.

Musically, this is a story as well, with exciting ups and poignant downs, and with a sweeping rich production that keeps the listener engaged throughout the story.

In 2001, Joe went on to form ULTRATONE with a more modern, melodic sound. Having gone through serveral lineups over the last decade, today Ultratone includes Luca and John, with Jeff Cohen and Carl Stuck, all the while with Joe at the helm and recording in Joe’s Studio at his home in Louisville, KY. This is a group of musicians who can pull from different styles while maintaining an unmistakable sound of their own.

ULTRATONE is: atmospheric layers of sound, a powerful yet tasteful rhythm section, a vocal style with a lot of dimension, and intelligent, hook-laden songwriting. Live, ULTRATONE shines with tight, emotional performances. You don’t want to miss this band.