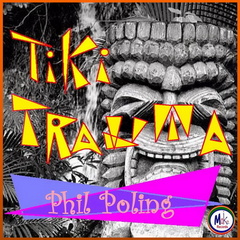 Played in a couple of bands. Got a job. Got old. Got retired. Got to go back to composing music. That's about it. I produced a couple of CDs "Global Charts" I & II. Working on two more. One is "Tiki Trauma" and is exotica pop music I guess - Kind of. The other is "Americana" and is more like the new wave sound of Global Charts. I hope to make more on these than the 50 bucks I made on the first two but who really cares; I'm just in it for the fame. (insert smiley face here)

See you guys around the genres! Please visit my very tiki myspace! Click the link below.