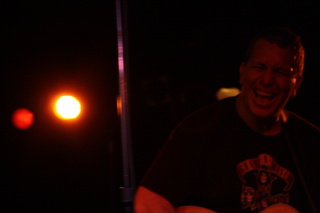 Pill Hill Radio was formed in 2007 in Brooklyn, New York. Born and bred in the county of Kings, the band came up in a time when there was a church and a bar on every block and an open hydrant was a summer vacation. Armed with the wisdom of to many last calls, PHR pounds home a rock show with heartfelt lyrics and sing along choruses. From the opening notes of "Pill Hill Radio" I was convinced I had been transplanted by time and place", writes Wildy of Wildy's World Music Blog. "The songwriting is outstanding and PHR is a plus performer. Pill Hill has just finished recording their second LP that will be released in early 2009 with a subsequent Northeast tour to follow.