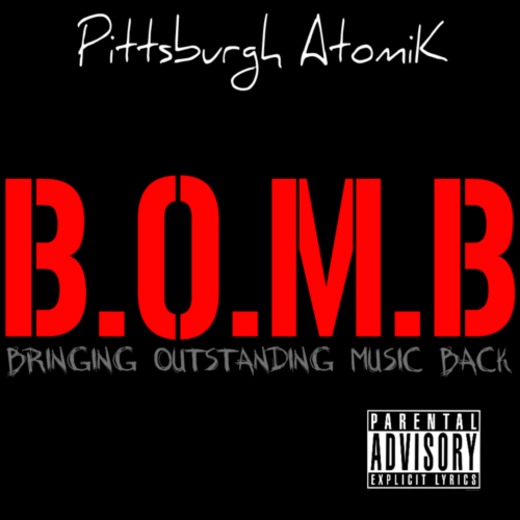 BIO:
Hip Hop Pittsburgh AtomiK, started off with an interest in music when he was 4 after watching a Bone Thugz video. I wrote my first rhyme at the age of 8, just playing around. But around the age of 12 I picked up the pen and pad again, but this time, for good. 3 years later I recorded my very first solo song "Whats Really Good" I pushed that jam on myspace for a few months just to see how many people would actually listen to I music. It accumilated a little over 600+ plays in 3 weeks. I was impressed with the numbers. I started promoting any and every jam he recorded. In 2010 I dropped his first mixtape “Hate It or Love It” on datpiff.com following “Youngest In Charge” a few months later in 2011. I then released “Any Given Day” that summer, and “Leave a Message” 5 months later.

I’ve personally worked with various artists, including Pittsburghs own Mac Miller, B. Keyes, and Lemar French. For the past 5 years I’ve been learning a lot from DJ Chevy, who took me under his wing and taught me the ins and the outs of the music business. Since I started performing in 2004 in the 7th grade, I have a little over 25 shows under my belt, between various venues. I will remain a solo artist and continue to make music and do shows until his success reaches its peak, even then he'll still continue to grind hard on his pursuit to the top.