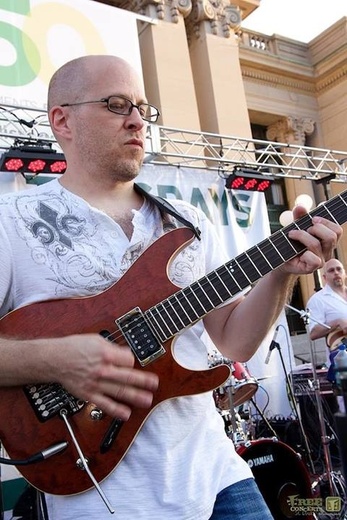 Guitarist and multi-instrumentalist Scott Jones is a Progressive Arts recording artist based out of St. Louis, Missouri.

He’s been a musician for 27 years, and a full time professional guitarist, composer, arranger for the last 17 years.

Scott played all the guitar and did all the programming and sequencing of every instrument on Freedom, except on "Convergence" and "Chaos Theory" where he played acoustic drums also.

Featured in the Oct. 2005 Guitar Player magazine, an international publication with a history of 30 years, Scott was named one of the world’s top ten undiscovered guitarists by the editors of the magazine. 10 finalists were chosen by the editors of GP magazine, out of 3000 submissions from all over the world.

Although Scott’s main focus is on jazz and fusion, he is recognized as one of the most widely diverse players today.

You can find Scott’s current C.D. "Freedom" on iTunes.