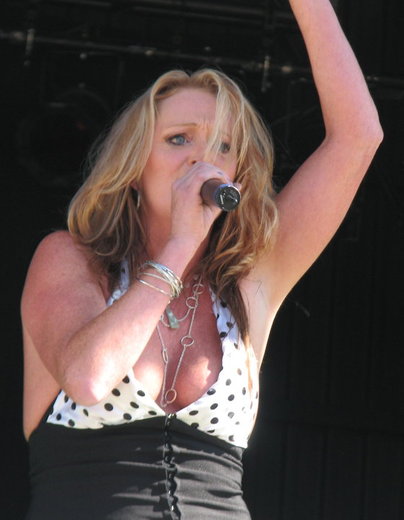 I am a third generation singer/songwriter, and I have had the love for country music since as far back as I can remember…

I was born in Langley BC, but have had the opportunity to see much of British Columbia growing up. Many of my younger years were spent in a tiny community named Tullameen, where a jam night consisted of guitars, gutbuckets, autoharps, spoons, washboards, and the occasional fiddle. Everyone there took part in music as it was a way to enjoy themselves in a small town where there certainly were no local bars or such to go listen to others play. My love for music has not changed much since then, only grown. I have been writing and singing as far back as my teens, and then I started competing in vocal/music competitions back in my early 20’s. After taking much too long of a break, I made a decision to pick up the pen and paper again, dust off the guitar, and continue what I had just begun many years before. In 2007 I became a finalist in The Ultimate Vocalist Competition with Steel Productions. That was where I got a taste of what it felt like to play my originals for a crowd…and I loved sharing my music with others. Since then I have played at many venues such as The Cloverdale Rodeo, Merrit Music Festival, Aldergrove Days, Gabby’s Country Cabaret and many other Country establishments, as well as several shows at THE EDGEWATER CASINO OLYMPICS 2010 VENUE. Whenever possible I invite friends, family and fellow musicians to join in this world we call music, so we can all find a happier place in times where things may not seem all that easy.

I am presently working on my first all original album with lots of great Kicked Up CountryTunes!!! I am also working on another project of all original Christmas Tunes. The first Xmas single that was intruduced to Radio was called “AMAZING GRACE AND HALLUJAH”, and hopefully both of the CD’s will be completed by the end of 2112.

Cheers to all…and I hope you enjoy what you hear!

Press Release from Steel Productions by Finalist in Ultimate Vocalist 2007
Performer Profile Status – Representation/Rotation Genre – Country Singer/Songwriter Cory Risling Cory Risling is a Singer/Songwriter who is on the verge of making her mark in the music business....
p
A
n
E
F
Song Title by Artist Name
987654d
LM
iAnEAqqqq