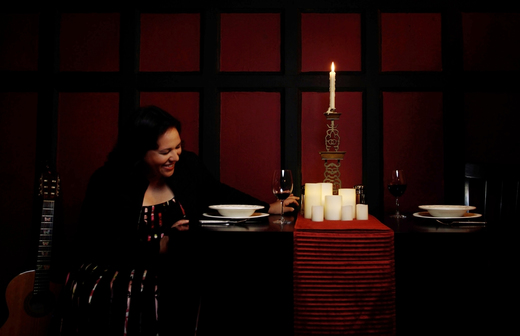 Sonia Montez is a singer-songwriter/musician with a resume stretching from Full Force to The Mountain Goats; and whose music has been featured in award winning indie movies and shows like NBC Nightly News w/ Brian Williams. Beginning in New York City's anti-folk open mic scene, Montez has gone onto play songwriter circles with the likes of legendary songwriter Chip Taylor, been part of ensembles like NYC's only female international mariachi, Flor de Toloache, opened sold out shows on tour stops for Matt Nathanson/Jessie Bailyn and Kaki King, and has played music festivals with The Psychedelic Furs and Patti Smith. Mutual acquaintances, happenstance, and luck brought Sonia to her new band project Sonia Montez & The HSP. The core band, all of whom are accomplished musicians, is comprised of Scott Chasolen (keys/piano), Sean Dixon (drums/percussion), Adam Minkoff (bass/vocals), and Nick Oddy (lead guitar). Most recently, Hong Kong artist Sandy Lam released a Sonia Montez & The HSP cover, AveryJane, in Cantonese, for her latest record "Re:Workz". The song debuted at #7 on Hong Kong's iTunes pop charts.

Artist Spotlight- Sonia Montez by LIFEbeat
At LIFEbeat we're always talking about the amazing transformation that music can give people- how something as simple as hearing a song you love, beautifully sung, can make your troubles vanish and...
A Bicycle Ride In The Park by The Ney York Optimist
A few weeks back I was out for my nightly bicycle ridethrough the parks and winding paths thatsurround the Narrows area of Bay Ridge Brooklyn. Its ascenic wonderland with the ocean so close and the...
Sonia Montez Is a Soulful Singer-Songwriter by Too Shy To Stop
I’m completely biased; Sonia Montez won me over with her cool, flowing music the moment I visited her MySpace page and listened to her song “Willow Road.”Speaking with her about her musical...
Sonia Montez, “Of Tears and Honey” November 22, 2009 by LinLori
In the age of autotune and assorted other “special effects” added to artificially sweeten music, I’m finding it’s artists that capitalize on the “less is more” principle that catch my ear these...
Of Tears and Honey Review From Out Impact.com by Bambi Weavil
We discovered this beautiful Brooklyn (and vegan) songstress, Sonia Montez, thanks to our friends at Girlie Girl Army. Her new album, Of Tears and Honey, is organic and acoustic, part jazz and part...
Be A Part Of Sonia Montez’s Debut Band Album by Posted on October 7, 2012 by Timo
Remix Abandoned Pool’s “Sublime Currency”, Win $500 And A Pro Membership To Indaba Music Remix Like A Warrior To Win $1,000 And Garritan Software Be A Part Of Sonia Montez’s Debut Band Album...
Crowd-Funding 101: What Every Musician Needs for a by 10/16/2012 at 10:57am | by Laura B. Whitmore
Brooklyn-based guitarist, vocalist and songwriter Sonia Montez failed her first time around at a crowd-funding attempt. Her Kickstarter campaign only funded 25 percent and she had to walk away with...
Sonia Montez Loves New York and You Will, Too by Brittany Cooper 15:00 01 November, 2012
“We’re behind-the-scene folk who got together and made unfiltered music. We’re not heavily branded.” Sonia Montez and the Henry Street Players are releasing their debut band album through Pledge....
Guitar Girl'd: Women’s Music Summit Comes to Life by 09/06/2012 at 11:53am | by Laura B. Whitmore
It started off as a twinkle in my eye last year. And, like giving birth, nine months later, the Women’s Music Summit came to life. And what a crazy cool music making extravaganza it was! Housed at...
Exposed: 10 Female Guitarists You Should Know by Part 5
Sonia Montez Serene, beautiful and skilled. And what a voice! Listening to Montez makes you want to fall in love. Or at least run through a field of daisies. Her silky, Norah-Jones-esque tone...