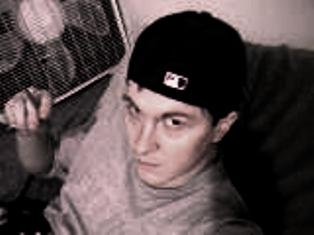 MIA (waiting 4 silky) - Since 3/15/2008 Band Members bobby - words, music ********************* ronin (浪人, rōnin) was a samurai with no lord or master during the feudal period (1185–1868) of Japan. A samurai became masterless from the ruin or fall of his master (as in the case of death in a war), or after the loss of his master's favor or privilege. The word rōnin literally means "drifting person". The term originated in the Nara and Heian periods, when it referred to a serf who had fled or deserted his master's land. It then came to be used for a samurai who had lost his master. According to the Bushido Shoshinshu (the Code of the Samurai), a samurai was supposed to commit Mer seppuku (also "hara kiri" – ritual suicide) upon the loss of his master. One who chose to not honor the code was "on his own" and was meant to suffer great shame. The undesirability of ronin status was mainly a discrimination imposed by other samurai and by the daimyo (the feudal lords). Like regular samurai, ronin wore their two swords. During the Edo period, with the shogunate's rigid class system and laws, the number of ronin greatly increased. Confiscation of fiefs during the rule of the third Tokugawa shogun Iemitsu resulted in an especially large increase of ronin. During previous ages, samurai were easily able to move between masters and even between occupations. They would also marry between classes. However, during the Edo period, samurai were restricted, and were above all forbidden to become employed by another master without their previous master's permission. Also, low-level samurai, often poor and without choice, were forced to quit or escape their master. *** i’l stop the bleeding i’l give you a reason i’l stop pretending i will surrender and i dont believe and i dont think anymore i am an ice machine and i cant speak and i cant breathe and i dont think anymore - i hate the stars they cant see the emptiness underneath i hate the stars because they cant see the vacancy and i hate the stars and i hate the sky i hate those eyes and i hate the stars and im falling to earth oh my god am i falling apart?