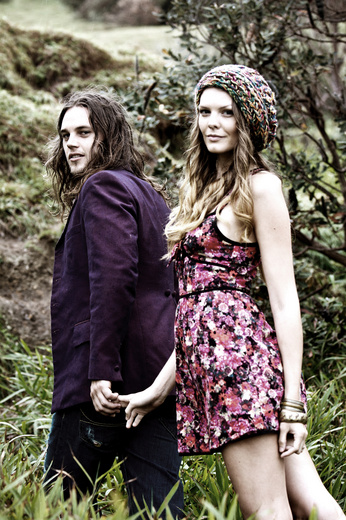 The Firetree are a bedroom pop duo from Byron Bay, Australia embracing the Australian multi-instrumentilist culture and a DIY attitude.

The Morning EP is the latest release from folk duo The Firetree. Recorded & produced by the pair over seven days, the EP showcases The Firetree's melodic folk leanings with a warm, homespun 'bedroom pop' sound.

TIME OFF MAGAZINE - Interview by Time Off Magazine, March 2009
DAN CONDON DISCOVERS THAT NOOSA-BASED ROOTS OUTFIT THE FIRETREE ARE ONE OF THE MANY GOOD THINGS THE WOODFORD FOLK FESTIVAL HAVE DELIVERED US, EVEN IF PURELY BY COINCIDENCE.Vocalist, guitarist and...
p
A
n
E
F
Song Title by Artist Name
987654d
LM
iAnEAqqqq