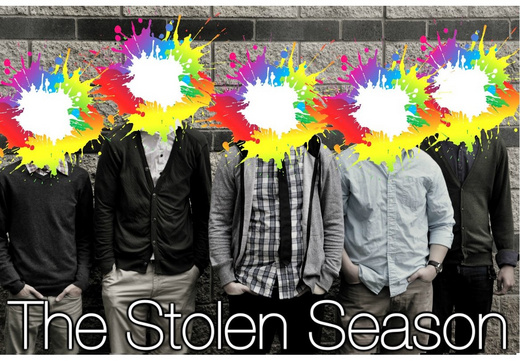 The Stolen Season is a five piece, rock n'roll outfit based out of Denton, Texas. Made up of five friends and brothers who love to simply play and make music together, the band has found themselves on quite the musical journey. The Stolen Season has branded themselves a rather compelling mix of musical tastes. Writing songs that range from grandiose choruses that are hard to get out of your head, to simple, fun and catchy, pop melodies, big beats with even delicate and vulnerable moments that realize the passion behind the music and songwriting. Having released The Hello Sunshine EP (2010), recorded at Soundstage Studios in Nashville, and with the recently released single "City Street Lights" (2011), the upcoming release of the highly anticipated full length album, Lost In Colorways, in August 2011, The Stolen Season is a band well worth keeping an eye on in the DFW music scene.

The Hello Sunshine EP - Review by Brad Snyder (The Canny Shark)
“This Denton, TX band brings a veteran aura to this modern guitar-tinged AOR with really crisp vocals. Too bad this is an EP consisting of 6 songs. Just as you really get into a disc, it's over....
p
A
n
E
F
Song Title by Artist Name
987654d
LM
iAnEAqqqq