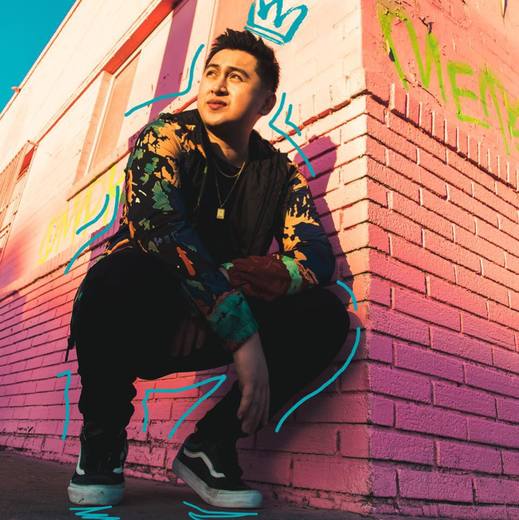 A Los Angeles based songwriter that has worked with some of today's industry artists.

Originally from Chicago, the move to LA led him to the opportunity of becoming a personal assistant & songwriter for Apl De Ap of the Black Eyed Peas.

Being around this environment allowed him to network with artists, songwriters, and producers. It also challenged him to refine his skill in vocal arrangement, recording and mixing/engineering, and writing top lines. Working alongside the industry's best, he's never stopped learning.

Vince Nantes sees music on a global scale. The years of experience has taught him that you can’t always do it alone. His main goal is to get his songs heard in commercials, television, movies, and placements with major artists around the world. He believes in teamwork, and with the collaboration of those he looks up to, great things can happen. His journey until now is definitely inspired by life itself, he wants to give that back any way he can.

You shall provide Artist with a private, secure and clean dressing room facility for use before and after Artist’s performance of the Engagement. Such dressing room should be adequately furnished, including, but not limited to seating for at least three (3) adult persons, a large well-lighted mirror, dressing facilities, lockable doors and a clean lavatory with water and towels. Additionally, such dressing room must contain hospitality food and beverages which shall be designated by Artist prior to the Engagement.

In the event that more than one (1) act or artist may be performing at the Engagement, Artist shall have first access and preference to the stage for equipment set-up and placement purposes unless otherwise agreed to by Company. Any other acts or artists performing at the Engagement using the same stage as the Artist shall have access to the stage only after Artist and Artist’s accompanying musicians have completed set-up and arrangement of equipment and Artist’s sound-check unless otherwise agreed to by Company.

a. You shall provide professional stage lighting and lighting operators for each performance by Artist at the Engagement.

b. You shall provide a professional sound system and sound system operator for use by Artist’s musical director with a bass amplifier, and two (2) working turntables in regards to Artist Dj providing the sounds for performance.

"A Little Bit of Everything EP," Review by Charlie Kane
This is a review via lifestyle/music blog on currently released EP.
New Single, "What's Your Name," Review by Charlie Kane
Newly released summer single, "What's Your Name,' review on lifestyle/music blog.
Black Carpet Society Fall Release Party by Black Carpet Society
Chicago based clothing company, Black Carpet Society, hosted a release party for their upcoming fall line which provided a musical showcase with local artists such as Vince Nantes who was the...
Pre- SXSW Showcase by
This was a showcase held @ Dragonfly Chicago as a fundraising event for the fellow Chicago artists taking their talents to showcase in Austin, TX for the South by South West music confrence.Date of...
Nike City of Win Vol. 1 Mixtape by Nike, St. Alfred Chicago, Fake Shore Drive
In collaboration with the St. Alfred’s 6 Points store, Nike Presents a mixtape full of some of Chicago’s best and rising talents.
Vince Nantes at "Hear Say" by Shami Sosa Event
A guest performance at a Chicago lounge, Cabalo.
Aerias: Scream Like U Mean It Album Release Party by Do312.com
Album release party for local act Aerias the Emcee with opening acts, Vince Nantes.
Aria Movement Presents: [tune] A Musical Movement by The Philippine Weekly
A event recap in the Philippine Weekly of Chicago of an Asian American Music showcase that took place at the Copernicus Theatre in Chicago Aug. 12.
The Aesthetic Mixtape Review by Jugrnaut Chicago
A review of Vince Nantes' current mixtape on Jugrnaut.com, a popular streetwear boutique in Chicago.
New Music: Vince Nantes ft. Sulaiman - Vixen by Jugrnaut Chicago
A music review from popular streetwear boutique, Jugrnaut Chicago of a new summer release.
p
A
n
E
F
Song Title by Artist Name
987654d
LM
iAnEAqqqq