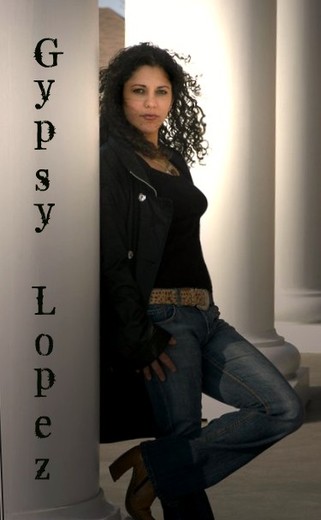 Gypsy Lopez is a Cuban born Singer songwriter and Poet who lives in Toronto, Canada. Ms. Lopez have been writing and composing since she was a child growing up in a musical household. Just six months after finishing her first Demo, she was asked to write the first song in Spanish and Portuguese languages for the Popular International Singer Fernando Correia Marques from Portugal. This song was included in his Album “Gostas Pouco Gostas”, launched in 2011. The same song was recorded as a duet by both artists the same year, with title: “Por este Amor Mudei”, and performed together live in Toronto in January of 2012.

Ms. Lopez continues writing for Mr. Correia Marques for his next Album and for herself, as she aspires to conquer the hearts from the Latin population with her Music and the meaning of her songs. She is author of all her Musical composition, Lyricist and Interpreter.

Gypsy Lopez is now working own her new and fresh Music, she is also exploring different genres and ways to express the best of her talent through her songs and Lyrics. Gypsy Lopez is open to collaborating with recording Artists and Performers.

Music is her passion, and her passion is to express it through songs, as she stated in one of her interviews: “That is me ,I am Lyrics, notes, and sounds, when I touch Music with my Soul”.