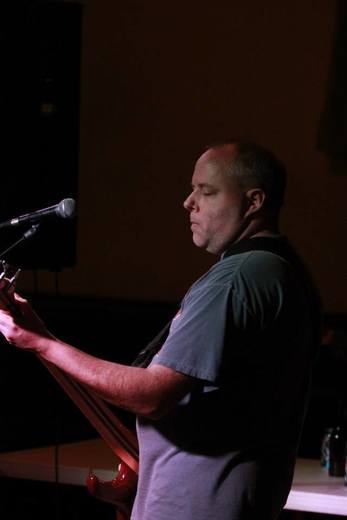 is a unique blend of blues and rock featuring story like lyrics. Backed by melodic bass lines and jazzy drums, the blistering guitar leads and solid rhythm guitars and interesting keyboard melodies round out the songs wonderfully. When you listen to What's Next?! and open your mind up, you are carried away on a journey through the songs.

The band is from the Muskegon area and they were the WINNERS of the 22nd annual Moreland Motocross Battle of the Bands 2006.

They have played at the Rosebud (Grand Haven) and mocha-n-music (Huddsonville) recently. Among the many shows that members of What's Next?! has played include: The pavilion at Val-du-lakes Mi, The Intersection (Grand Rapids MI) and The Water Front Stadium (Grand Haven), The Bullfrog bar and grill (Redford Michigan) They also came in second place at the Shag Studios Battle of the Bands 2004 . They were winners of the Shag Studios Battle of the Bands 2005. The musical experience they provide is a must see.