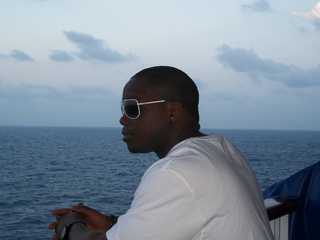 "Armon", born Armon Rashad Bowens is a passionate singer, and songwriter. A native of Mullins, SC, Armon has been singing since the age of three and writing since the age of twelve. With a strong, smooth voice and a sound unlike any other, Armon's unique expression of feelings through song is a staple for his individual style. His primary musical styles are R&B, Neo-Soul and Hip-Hop . He has been featured on more than 100 different tracks for several artists representing a myriad of genres. He has performed at numerous functions, including weddings, funerals, community events, concerts, formal affairs, banquets, conferences, and political events, just to name a few.  In 2011 Armon finished  at the top  of Andre Harrell's "Superstar Soul Search" in the Charlotte region in addition to having two songs featured on DJ Vlad’s worldwide release "Unsigned R&B Allstars" mixtape and "Coast to Coast mixtapes". More recently, listed as a featured performer in South Carolina's annual Columbia Styleweek  .. Armon's love for music and his creativity are the components that drives his focus on longevity in the music business.

Mullins native's love of music sparks personal jou by By Naeem Mcfadden Editor
Mullins native Armon RaShad Bowens developed a passion for singing and song writing since the age of three. Some would say he was born to sing, especially with a family a background of four...
South Carolina Artist Creates Genre by By Mia Barnett
Armon, a South Carolina Soul-Singer, began singing at the age of three in the church choir. For the past ten years, he has been refining his gift of writing. He keeps a tape recorder with him to...
p
A
n
E
F
Song Title by Artist Name
987654d
LM
iAnEAqqqq