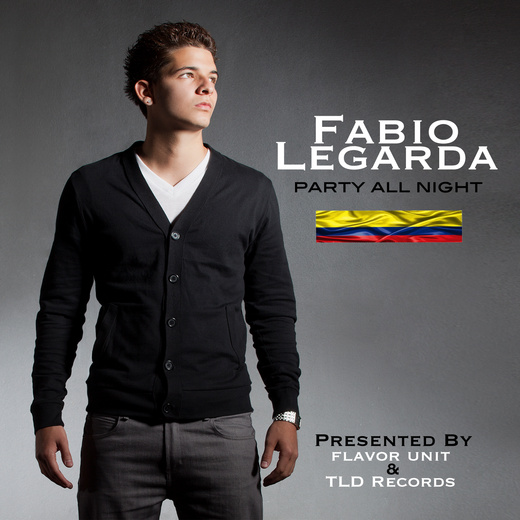 Hip Hop at its best bounce over a sound of pop with a Latin twist is the music of Fabio Legarda. From the country of Colombia to the city of Atlanta, he sets free all of his skills and experiences to deliver to the people the sound of Fabio Legarda. His fluent English and Spanish provide the best of both worlds to every type of person. On stage, he takes over the crowd with his charismatic personality and electrifying performance that make the people dance non-stop.

At an early age, Fabio showed interest in music listening to Salsa, Merengue, Reggaeton, Hip Hop, Pop and R&B. His family moved to the U.S; it was a different culture and environment for him but he felt very inspired as he watched the huge influence music has on people. His love for the art developed as he saw more performances. A year later, he decided to work on his music and the concept of Fabio was born. Being able to fluently speak English and Spanish helped him communicate and work with various producers, artists, dancers, and create a unique sound. His humble and energetic personality attracts people of different kinds. In the studio, he is a production machine, constantly making records. He is currently signed with Queen Latifah’s management team, Flavor Unit. At a young age, he began his musical training by taking vocal lessons at Jan Smith Studios and Peggy Still School of Music in Atlanta, Georgia. He then worked on his stage presence by taking classes with O So Krispie, winner of the UPN reality show “R U The Girl” and at the same time attending dancing academy “Dance 411.” In 2006, Fabio met Latin Grammy Award Nominee and multi-platinum producer, Gustavo Arenas, who has mentored Fabio throughout his career in the music industry. On stage he is a crowd magnet, a confident young man whose fan base continues to grow rapidly. Fabio has performed at over 300 venues around the South Eastern region of the United States, including The Latin Festival of Atlanta in which he was a headliner and presented his music in front of over 5,000 people. He has also opened up performances for nationwide and worldwide artists like Nina Sky, Shawty Lo, Rakim y Keny, The Shop Boys, and many more. His shows include a DJ, two dancers, and a live performance by Fabio. Musicians enjoy working with him and the people support him.

During his musical journey, Fabio took the time to understand the business and the need of the consumer. He developed s strong international team with the focus to deliver the sensation of Fabio. While he is performing his product in front of various types of people, he is in the studio writing and producing non-stop. Fabio is determined to achieve his goal of delivering his sound to the people.