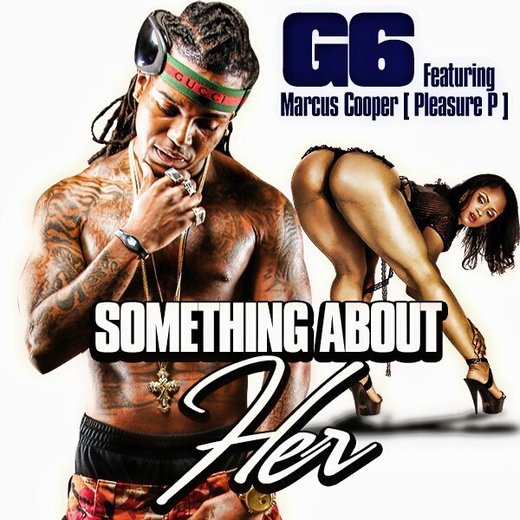 With a head full of dark chocolate dreads and a body sporting chiseled muscles and elaborate tattoos, Florida-based Hip Hop artist G6 may look the part of a Hip Hop hit-maker, but it's his musical philosophy that separates him from the masses. G6 prefers that you feel his music instead of simply hearing it. "I sync with the beat and then turn it into magic," he says. "What I do, it sounds like somebody dancing - it doesn't sound like a genre of music." G6 says he definitely wants hips to hop and heads to nod along to every song: "Listen to it, but feel me more than hear me."

Long before he was crafting masterful rhymes, G6 moved with his family from Queens, New York to their Florida home. Between being a kid raised in Florida and an adult Hip Hop artist, G6 spent some time living in Haiti, where they couldn't go to school because of war and political turmoil. G6 says of his time spent living in the war-torn nation that it was like training to be a warrior, so that he could return to America and make a difference with his music.

His earliest forays in music didn't involve playing an instrument or rapping - he says he just "liked to listen and vibe to sounds and beats." "It was more like dancing and vibing to the beat. I wanted to be a break dancer first, because back then, if you didn't know how to dance, you didn't get the ladies!" G6's musical journey began more in history and English classes than it did in MC battles or rapping along to a song on the stereo. "My teachers always loved my essays and my thoughts whenever I had to write in class," he says. "They said I was poetic, but I never saw myself ending up as a rapper." Along with his brother and a neighbor, G6 says they had fun rapping along to beats and freestyle battles with each other, and then they traveled to other bigger freestyle battles. It was in those regional freestyle competitions that the trio decided to challenge themselves to make a hot song - MC battles were OK, but what they really wanted was to create songs people would love and sing word for word. "We wanted to make good music that people could have fun to, to dance to, to think to, to make love to, to party to - we just wanted to be all-stars in the music world." Now at 24 years old and a rising star in the world of Hip Hop, G6 has perfected his musical magic as both a solo act and as part of a group known as The Outsiders.

G6 says that his brothers, Phillippe (AKA Trackman) and Earl (AKA Real Deal) are his main source of encouragement and guidance. Trackman serves as G6's producer, with Real Deal providing mental inspiration and, as G6 says, "To put me back on track."

His current single "Something About Her" features platinum R&B artist Pleasure P and is G6's tribute to the beauty of women and the way they make him feel as a man. Like all the music he creates, G6 says he gets in a zone and gets deep into the music.

G6 Do it like it's never been done. Stay hungry. Let it come naturally. Nobody flyer - Fly 4 Ever. Press play. Satisfaction guaranteed.