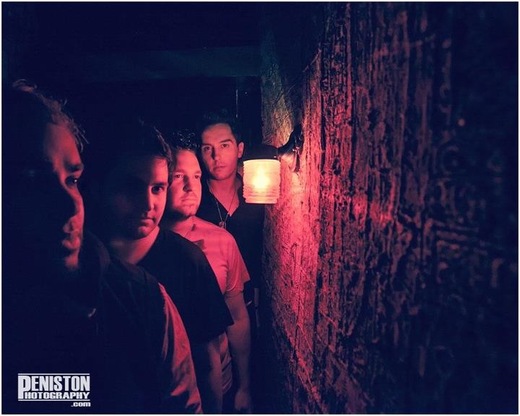 About Ghosts of Eden

Formed in 2009 after years of playing in different bands from the New York/New Jersey alternative, hardcore punk and metal scene, the self proclaimed "Velvet Grunge" band had a new shared focus: strong songwriting and never looking back. They wanted to stray from the trends that they were seeing in the music industry. Together they wanted to write songs that could stand the test of time

Inspired by some of their heroes like Smashing Pumpkins, Pixies, Bad Religion, Pearl Jam, Incubus, Dream Theater and Alice in Chains, GoE prides themselves on unforgettable guitar riffs, thought provoking lyrics and melodies that are meant for the masses. With influences which run the gamut from 90s alternative and grunge to hardcore, metal and 80s College Rock, GoE seamlessly combines these seemingly disparate elements with a sound that gives your ear a good swift kick to the backside

In a short time, GOE has accomplished what some only dream of. From headlining their own sold out show at Mercury Lounge to being invited to support sold out shows at New York City's famed Gramercy Theater and Highline Ballroom to playing multiple shows at Six Flags Great Adventure and an in-house promotional performance at Best Buy and Hot Topic, Ghosts of Eden is quickly on the rise

"As of now Ghosts of Eden are unsigned, but I predict that it won't be long at all before the record label bidding wars begin." - A Geek Girl, Blog Critic

GoE has recorded their self-produced debut EP "Ignorance & Lies" and their 2nd EP “Something (Kinetic)” featuring the single "Halo" at Big Blue Meenie Studios (Taking Back Sunday, Thursday, Helmet, Local H, Bouncing Souls, Misfits, etc.) All songs were written, arranged and produced by the band. "Ignorance & Lies" was released on January 16th, 2010 and “Something (Kinetic)” on July 8th, 2011, both to rave reviews by critics and fans alike

...do you believe in ghosts?