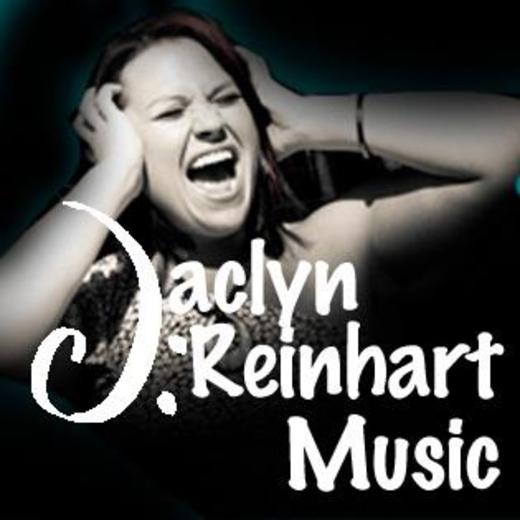 Great artists connect with people. It doesn’t matter the discipline. Be they a painter, a sculptor, a writer or, of course, a musician. When people hear Jaclyn Reinhart’s music, they connect with it because they relate to it. They have felt the emotions expressed in her lyrics, they have lived stories similar to the ones she tells and there is always at least one of her songs they feel could have
been written specifically about them

This is the power of Jaclyn Reinhart’s music - the ability to convey the human experience, good and bad, uplifting and soul crushing

She marries those lyrics to a singer-songwriter sound that blends radio friendly pop hooks with a soft rock veneer that brings her fans to their feet and their voices alive as they sing along. And she does it all with a talented and powerful voice that has won over fans throughout the Maritimes and beyond by playing venue after venue, building a bigger and bigger profile and fan following along the way

Through the last half decade she has played the Capital Complex, the Dooryard Art Festival in Woodstock, NB and the popular Harvest Jazz and Blues Festival. In 2012 she performed during ECMA week in Moncton, NB and a year earlier took part in Music New Brunswick week in the Hub City as well. That same year she was a finalist in the Harvest Jazz and Blues Festival Galaxie Rising Star Competition. In 2010 she made the Top 20 in the Lilith Fair Montreal talent contest the Top Six in the Molson Canadian Singer Songwriter Contest

And along the way, while juggling work, family and music commitments, Jaclyn released her first album. Recorded at the ECMA nominated Outreach Productions studio, “Favorite Mistakes” was released in Summer 2011. It quickly sold out, necessitating additional printings. It is also an available and popular digital download. She is currently working on her follow up album, tentatively titled “Say” with an expected released date in 2013

"A powerful voice, succinct melodies and a group of people who are dedicated and excited to be on stage doing what they love. If you haven't seen the Jaclyn Reinhart band yet, I'm sure you will soon." -- Joelle Worelle, Fred FM - On the Job with Joelle Blog (Apr 18, 2011)
Band Interests
Pleasing your ears over and over again..

Pick up a copy of "Favorite Mistakes" today by visiting any HMV, Real Food Connections or Tonys Music Box in Fredericto
O
Buy it on iTunes at: http://itunes.apple.com/ca/album/favorite-mistakes-ep/id445768213
Copyright c/o Jaclyn Reinhart (2011