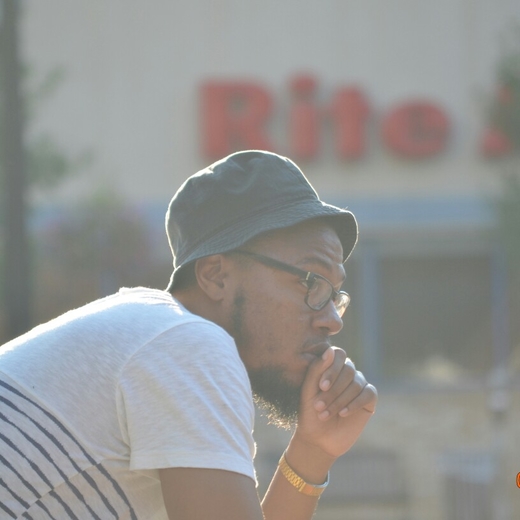 Jared Xavier Briggs (born September 1, 1990) is an American rapper from Wilkes-Barre, PA. He released his first mixtape “The Difference” in 2012, followed by his second mixtape “Now or Never” in 2014. In 2015, he released Side A of his "Dope is A New Drug" mixtape series and since, has released various collaborative singles, and music videos. He is also the owner of LTI(Live To Inspire), a creative lifestyle brand.      Born and raised in Staten Island, New York, Jared Xavier was immersed in the culture of music from birth. Whether it was listening to jazz music that his father would so often listen to on the radio or music he would come across while walking outside in Staten Island, Jared's passion for music was rapidly growing . As he became older, he found inspiration through different mediums. Family, friends, musical influences and life experiences have crafted Jared Xavier into the artist that he is today.        Jared’s first encounter with hip-hop was through a popular skateboarding game, Thrasher. Thrasher introduced him to ‘A Tribe Called Quest’, whose song, “Award Tour,” instantly became a favorite of Jared's. He then came across "The World is Yours" from Nas while playing Tony Hawk pro skater. These experiences led Jared on a journey to discover a whole world of hip-hop music that he had not previously known. Longing for more music, Jared quickly became a student of hip-hop. He began spending countless hours digging in record crates and studying old music. However, it was not until his cousin who used to rap, introduced him to De La soul and Wu-tang, that he truly began to appreciate music. Heavily influenced by Nas, Ghostface Killah, and Common, At the age of 15, Jared Xavier started producing beats and writing music. During High School, he met long time friend and fellow artist Danny a.k.a Source4prez. Danny's love for music rubbed off on Jared and the two took to GarageBand to create music. High school years were not the best for Jared as he had trouble concentrating on homework and found himself suspended the majority of the time.  Soon after high school, he enrolled in the audio engineering program at a nearby community college. After missing many classes and failing to make grades, he decided to drop out and find another route. It was not an easy decision to make for Jared as he found himself stressed and dealing with depression. It was not until a close friend who exposed him to another form of art, painting, that Jared Xavier once again felt inspired. Art and painting ignited a passion in him that would spill over into music again. It was this same friend along with others that encouraged Jared to create, to dream and pursue his dreams of making music.     Today, Jared Xavier's music has been and continuous to be featured on popular hip-hop websites such as DJBooth.net, fashionably-early.com, audiomack.com, thewordisbond.com, boi-1da.net, survivingthegoldenage.com, bound2hiphop.com , bluntiq.com, and others. He's also been fortunate enough to collaborate with former XXL Freshmen of the year Mickey Factz on a single titled “Carry on”, as well as Open up for Mickey Fact’z Red or Blue Pill tour in Philadelphia. Jared has also performed in various well-known music venues in the New York City area such as BBKing Blues, The Pyramid, and The Nuyorican Poets Cafe.   At the moment, Jared is strictly focusing on building a core fanbase by releasing music videos and monthly singles for his fans to enjoy. To listen to Jared Xavier’s music please visit: Soundcloud.com/JaredXavier  To reach Jared Xavier please contact: JXBNYMGMT@GMAIL.COM