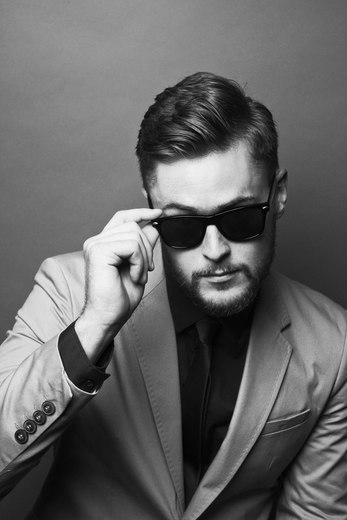 "Jeffrey is making music that honors the past, but sits perfectly in the present,” –Music City Unsigned

Jeffrey James’ strong baritone voice has raw tones that’ll make you wonder if the skinny kid on the cover is really the one belting the soulful lyrics on recent EP, Make Your Way to the Flashing Lights.

The 2012 EP is a collection of rock songs infused with catchy rhythms and intense vocals reminiscent of old soul music. Produced and mixed by Konrad Snyder (Kopecky Family Band, Night Beds, Sugar and the Hi Lows), the five-track album is a compilation of songs that range from simple hooks, and blues shuffle to dirty dap-tone like horns or an ominous arrangement of strings.

Jeffrey’s plan for 2013 is to skip the usual music gathering process of a new album, and instead to write, record, and make available each selected new song as it is created. A recent addition released in time for Valentine’s day wooing, “All I Need is You” is a sweet, stripped down love ballad that features beautiful work on keys by Ian Fitchuk and blushing lyrics by Jeffrey. Planned for a March release, “Hard Day’s Work” is difficult to place, but easy to listen to with virtually all of the song built around vocal hooks and heavy drums.

James has been touring both colleges and venues since the release of his 2011 EP "Goin' Back Down,” and will be playing shows from the Midwest to hometown Nashville this spring. The past two years of touring included opening for Hanson and Rooney and winning Vanderbilt’s Rites of Spring band contest to share the stage with Sarah Bareilles, The National, and Public Enemy.

In addition to being showcased on NBC’s “The Voice Season 3”, Jeffrey has made a few other appearances in front of the camera. In 2012 Gibson Guitars partnered with Jeffrey James to promote the new Min-eTune automatic tuner on the limited Studio Edition Les Paul using a stripped down version of his song “Falling”.

Since 2011, James has become a featured artist with groups like Music City Unsigned, Brite Revolution, and The Music Bed. Jeffrey James’ EPs and singles are available for purchase on all major digital music stores.

“His voice commands a space, and tells it like it is without apology,” –New York Minute Magazine

“Spooky indie-rock is a category Jeffrey James sits comfortably in; 4 days reminds us of neon signs and bluesy background music” –The Music Bed