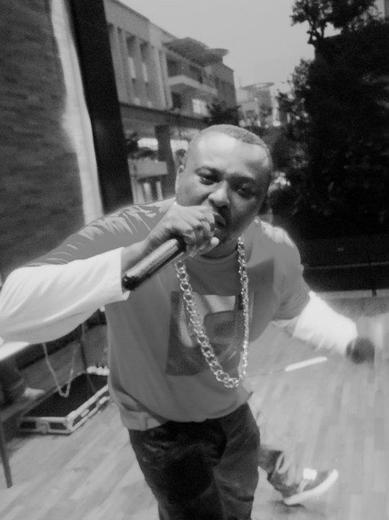 The artiste known as JKL was born in Agulu, Ani-ocha local government area of Anambra State, his real name is Justin Kingland but in some quarters he is known as Justin prophet hence the acronym JKL, with his popular slogan 4real. He had his primary school education in St. Jude Primary school Aguleri and St. Augustine Umuoba-Anam. He was later admitted to St. Dominic Savior Seminary, Akpu and completed his secondary education at USS. Agulu respectively, he later traveled abroad to study business management at Rima college Malaysia

His unique style of music is the result of a lifetime of musical influence. Growing up in a disciplinarian family saw his early years as a young fighting to keep his desire for music because his family didn’t see a future in music at the time. His continued resolve to develop his musical talent got him on the bad books of both his parents and teachers at school. His first foray into music came when he performed at shows and events organized in his locality by local show promoters. He began to see himself as a musical force from the age of 13 years old.

Justin’s traveling experience in the earlier years of his teen (14years) life exposed him to playing in life bands abroad. He joined a musical band in Ghana called Roots of David where he was a lead singer with the stage name, Ras pillar hard, jamming same stage @Afro Caribbean Cultural Center Kokomlemle Accra Ghana with some big names in the industry, such as Majeck Fasheck, Rita Marley, Damian Marley, Ziggy Marley, Gregory Isaac, High Jah man, Ras Kimono, Shaba Ranks, Queen Patra Frances Goldman and many more to mention …he later moved to Ivory coast where his love for music made him to form his own live band~ Generation boyz ~ He was touring and performing in clubs all over Ivory Coast with his band members.

His big break came in 2008 when American based 4th quarter entertainment invited him to America. It was here that he developed his musical tastes and interests, and it wasn’t long after picking recording some songs that he was experimenting with the hip hop/Reggae/Ragga genre of music. However, his early childhood memories of the late highlife maestro, Chief Osita Osadebe who also had a profound influence on the direction his musical journey has taken made him to become a leading voice in the Afro high life/ghetto gospel category of music

After realizing that making music was his main goal, he began to showcase his talent in various venues across Kuala Lumpur, playing at numerous gigs/clubs and concerts and making sure that his name and music were being heard by as many people as possible. He was quickly noted for the unique style that he brought to the traditional African music scene in Malaysia, his popularity began to grow

As his confidence grew and his style developed, he soon saw a loyal following begin to grow and he became a popular local in the Malaysian music scene. His talent with a variety of stage swag only added to his appeal, and his unique African sound with a twist started to find an appreciative audience. In 4th December of 2011, he launched his first full solo album entitled Imperial light. The hit single Google me has a musical video that was produced in Malaysia is currently being shown on all leading local and international music channel in Nigeria, West Africa and Europe
His fans still reeling from his number one cultural highlife hit, “Putu-Putu” has crowned him as Anambra first son, a title which he has accepted with a grateful heart and has vowed to live up to the expectations of his fans all over the world

As an African with a passion for his mother-land nature and music has driven him to all corners of the World in search of pure musical fun, inspiration and motivation, and has as well collaborated with some World reggae legends like Sizzla Kalonji and Elephant man In Work Hard & Dance floor, at the same time jamming, meeting, networking and featured in his songs some wonderful people like Klever Jay in "Only you Girl" also with Y.Q. in "shinning eyes" and a remix of dance floor with elephant man and Rock Steady. JKL is a warrior on Jah's mission, a reggae /dancehall and Peace advocate. .. ..