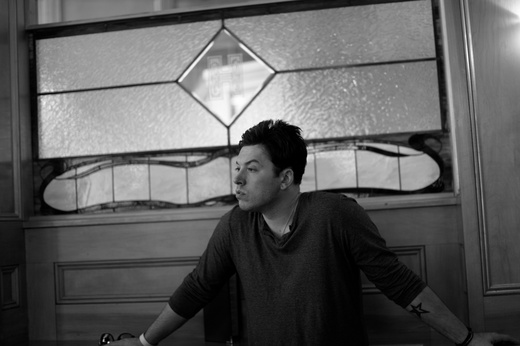 Originally from the small coastal town of Ipswich Massachusetts.

Jon Robert's Sophomore release 'Purple Heart Cadillac' released July 14th 2011, debuted at #7 on iTunes Top Singer / Songwriter Charts Globally. Over the past five years, Jon has performed over 400 shows to crowds of up to 18,000 in attendance.

It all started with a call from a leading artist management company asking JR to perform in front of a sold-out 4000 seat arena opening for the teen pop sensation JoJo. The reaction from the crowd was visibly sensational, and led to JR opening for JOHN MAYER, MAROON 5, JAMES BLUNT, COUNTING CROWS, THE JONAS BROTHERS AND THE POLICE.

The debut 'Meant To Be' has been licensed to MTV and other Viacom networks and has received multiple placements on "THE REAL WORLD, "THE GAUNTLET III," and most recently "THE HILLS." His song "TOUCH DOWN" was featured on the show's season finale, AN EPISODE THAT WAS WATCHED BY 33.7 MILLION VIEWERS. Disney Pictures recently roped in two of JR's songs from his previous album to re-relase the world famous BAMBI on Blu-Ray Disc.