Singer/songwriter Joy Ike has found herself in the most unexpected of places – living and performing as a full-time touring musician.

The the last year has dealt her some interesting surprises and accomplishments…including being voted Pittsburgh City Paper’s “Best Solo Artist” for the third year in a row, recording a new Album funded primarily by her fans, and scoring a write-up and radio spot on NPR's All Things Considered. She was also chosen as the opening act for last summer's Lilith Fair tour on its Philadelphia stop - sharing an event with Sara McLachlan, Sara Bareilles, Missy Higgins, and a handful of other female songwriters. [SEE VIDEO][SEE PHOTOS]

Joy's fans have compared her vocally to Corinne Bailey Rae and Norah Jones, stylistically to Fiona Apple and Regina Spektor, and have said that her ambiance is much like that of India Aire and Lizz Wright. “Honestly”, she says, “I don’t really spend much time listening to any of the above.” She credits much of her musical influence to more modern acts including her two favorite female artists Sara Groves and Brooke Waggoner, and independent artists Aqualung, Death Cab for Cutie, and Sufjan Stevens. “I really just love soul music and I think soul music has less to do with how a song sounds and more to do with the emotion behind it. I think that’s why these artists mean so much to me.”

Currently based out of Pittsburgh, PA, Ike’s schedule includes an average of 130 dates a year, playing regionally through Philadelphia, NYC, Washington, DC, the Ohios and surrounding cities and states. She has opened for national artists Jill Hennessey, Butterfly Boucher, Dwele, Serena Ryder, Chrisette Michele, Tyrone Wells, and Matthew Good. Ike’s music has continually been noted for its lyrical depth- addressing the human condition, thoughts on love, and the search for God in a very tangible way. A recent write-up on NPR's All Things Considered says "The depth of subjects she tackles in her poetic lyrics are perfectly complemented by a unique blend of neo-soul, with just the right dash of pop…a truly compelling act to watch in person, with the ability to create an intimate setting in locations big and small."

Her latest full-length Album, “Rumors”, released in May 2010. Joy also runs an indie music marketing blog called GRASSROOTSY. She thinks the greatest tragedy in the world is having a talent and keeping it to yourself. 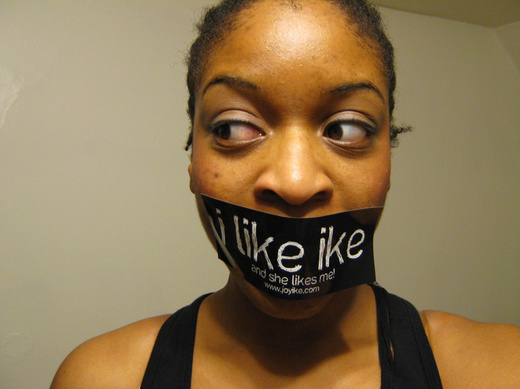