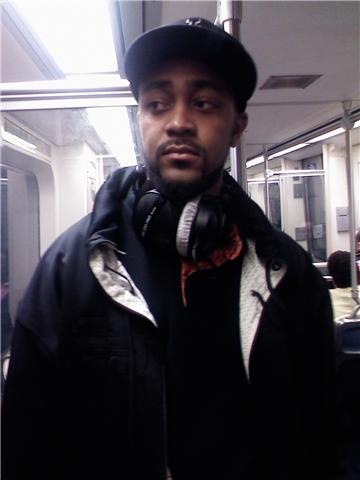 In an era where production styles tend to echo each other, it’s intriguing to discover a sound that is distinguishable from your everyday beat on the radio. Before he was old enough to ride a bike, Kameleon was a kid tucked in the basement, nodding his head and listening to classic 70s vinyl. Marvin Gaye and jazz guru Bob James flooded the air as the California native studied them and soaked up their influences. His deep-rooted love for music transcended through the years and the self-proclaimed “instrumentalist” co-created Soul Students Records at Hampton University in 2003. Gradually, Kameleon and fellow producer Al Bumz recruited a diverse team of emcees and producers: Awon, Dicap, Tiffy The Gift, Whiz, The Cubist, Mac Da Menace, Indelible, Sin, Dread, Delano and Ak. In addition to producing in-house for the Soul Students camp, Kameleon has over three thousand beats in his solo arsenal. By intricately fusing hip-hop, jazz, folk and rock, his multi-layered tracks pulsate from the speakers. The music is varied in feel, but the foundation is consistently hip-hop. Drawing inspiration from producers like RZA, Ski Beatz, 4th Disciple and DJ Premier, Kameleon is trying to bring variety back to the music world. Kameleon has also worked with R&B artists Conya Doss, K’Bana Blaq and Jon Bibbs. A firm believer in live instrumentation, Kameleon has been playing the piano, saxophone, bass and guitar for years. Along with samples and beats from scratch, Kameleon consistently sprinkles his tracks with a touch of live music to make the sound richer. Kameleon’s highly-anticipated debut, Midnight Sun, is currently available on iTunes, Amazon and other fine online retailers. The record is based around the seasons and floats comfortably between genres. From soothing to bombastic tempos, Kameleon flexes the signature sound that’s got the internet abuzz.