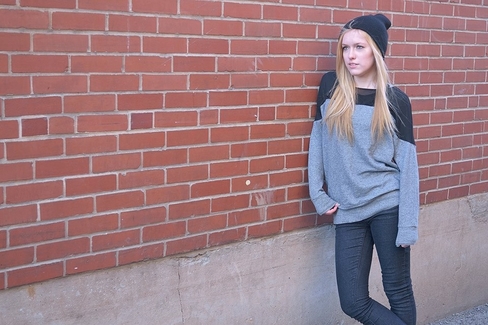 In the midst of an industry that is overrun with extravagant production and inspiration gone stale, Kelly Lynn Barber is adamant about keeping it simple. She relies solely on the emotion and power of a song to carry it instead of following the latest music trends. For a pop artist, this is almost unheard of; maybe she’s a bit of an old soul, being inspired by mostly pop/rock artists who peaked in the early 2000’s such as Avril Lavigne, Kelly Clarkson, and Michelle Branch. However, she claims to simply want to bring the same emotional experiences to her audience that she has when she listens to the raw music that she loves. At first glance, you may see just another girl with a guitar who wants to make it big in the industry. But when you dig a little deeper you’ll see something more than that. You’ll see an artist who is just as capable of writing a powerful and emotional ballad as she is writing an extremely catchy pop song that demands radio attention; all while keeping the inspiration of the song at the forefront. Kelly writes songs for everything because she doesn’t think that artists should be confined to one single aura. She believes that a true artist should be able to capture the full emotional roller coaster that someone may go through during their lifetime. With her debut EP “Cold Reality” comes the true beginning of Kelly’s career. Within the first two weeks of the release, it has already garnered the attention of local newspapers, radio stations and venues. However, even before the release she had already had some success; at only 17 she had the pleasure of performing on the Rachael Ray Show with her high school’s Glee Club, and now at 20 she already has more than 300,000 total lifetime views on YouTube with thousands of fans spread across her social sites. Her EP, produced by Brandon Zemel and Grammy-nominated producer Perry Montauredes, is already showing to be accelerating her success rate. Only time will tell how far she will actually go, but from analyzing her past it’s clear that it’ll most likely be farther than we think. 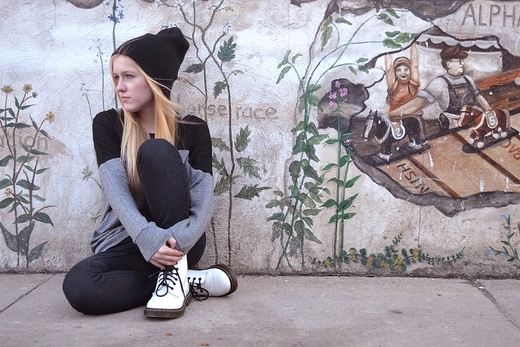