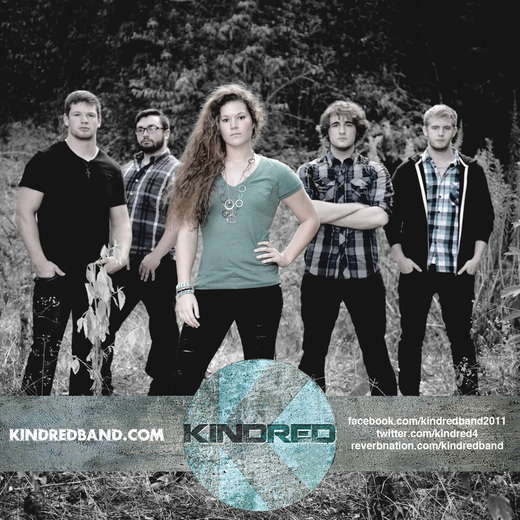 Kindred is a Christian rock band from East Texas.  Brought together through a natural pull towards one another's styles, their sound is a blend of lyrical expression and intricate instrumentation.  Each member has navigated through life experiences, thinking about where they are meant to go with their style of music.  With a commanding and passionate lead singer, Kindred is rounded by an inspiring guitarist, a spirited bass player, a talented rhythm guitarist and a superior rhythm section.

In the summer of 2011, Kindred recorded their first E.P. in Nashville, TN.  In the summer of 2012, they recorded their new full length album, "EVOLVE", which should be released by October of 2012.  They are signed with PopGun Entertainment, founded by Producer Dustin and Lindsey Kirkendall from Nashville, TN.  "Young and fresh, Kindred offers something new to the realm of rock music.  With poetic, non-vulgar lyrics, Kindred's songs often adopt graceful meanings while musically surrendering to the sounds of an alternative rock style".