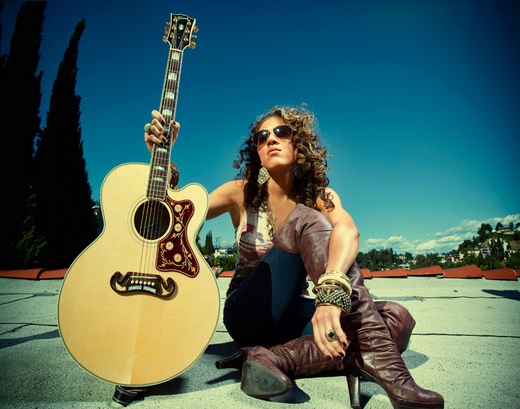 LaZae is a singer/songwriter who holds nothing back in her music. It’s all about telling a story, the whole story, honest and truthfully. That’s why she has no problem painting herself as the “bad guy” in her song “The Antagonist” or as delusional and tortured in her song “Girl, Interrupted” off of her debut album, “Self Help EP” released in August 2011, which will be followed up by a full-length album due in 2012.  With two nominations in the 21st Los Angeles Music Awards and already appearances at the 2011 Burbank International Film Festival and ITSA Film Festival, this is shaping up to be an exciting year for LaZae and her music.

She grew up listening to classic musicals like Rogers and Hammerstein’s “The Sound of Music” and “Cinderella” which really began her love affair with creating a musical journey with her lyrics and melodies and that path continued and broadened years later with her love of Janis Joplin, Fiona Apple and Lauryn Hill.  In a hippy home where organic and sustainable living was key, she’s also carried those ideals into her lyrics in such songs as “Muddy Hill” and “Women Scorned”.  With LaZae’s music, you get a full spectrum of topics from love to saving the planet.  And in her debut EP, the listener gets just that.