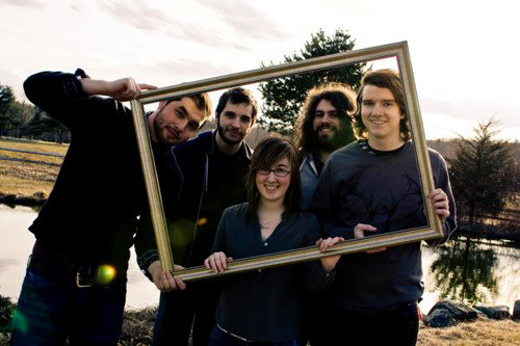 About Life on Hold

Since February 2007, Life on Hold has caught the ears of kids and bookers alike with their catchy, multi-genre sound and signature layered harmonies. Having now played with a slew of national acts including We The Kings, Rookie of the Year and Permanent Me, and their new release, The Outsider EP, Life on Hold is looking to spread their sound on a national basis.
THE NOISE MAGAZINE (Boston)Never has high-energy punk/pop been spunkier
Life On Hold at their worst kind of sounds like the punk rock Donnie and Marie. Driving music with great hooks and tight harmonies couldn’t possibly sound sunnier and cheerier than the four songs on this EP. The trouble is, with all the high fructose corn syrup dripping on the eardrums, the songwriting is effervescent and relentlessly memorable. The cynical musician in me wants to hate this as much as all the mindless pabulum played on Mix 98.5, and yet the songs still sound fresh and earnest. Damn you, Life on Hold!! Damn you to hell! (Joel Simches

BOSTON MUSIC SPOTLIGHT.COM (Boston
Life On Hold, a band that Ricci (and BMS) has nothing but praise for. "I will tell you right now that they are one of the hardest working bands in Boston," says Ricci. "They get it done and they're a lot of fun onstage. They are young, but they're certainly one of the most professional and nicest bands around. They're really good people, I like them a lot.
(Jon Ricci of Lansdowne) (article by Jed Heneberry

The UCONN Daily Campus (Connecticut
"Life on Hold, a band from Billerica, Mass. Their performance took place on a smaller, solar-powered stage. Their half-hour set was extended an additional 20 minutes because of audience demand for their music. Life on Hold brought to the stage a solid, tightly performed combination of metal and hard rock instrument work with an energetic and powerful female lead vocalist.
(John Tyczkowski - The UCONN Daily Campus)

10-4 MUSIC (Blog
"Starting off with a dash of string quartet, The Run-Around EP kicks into some sugary pop punk that could part the clouds on even the gloomiest Boston day. "Forever and Always" as well as "The Greatest Let Down of the Century" are incredibly catchy songs that will keep you awake and singing along like a Halloween sugar high. Throughout "Atlantic Summer", Ally demonstrates her monster vocal ability while reaching into the listeners chest, giving those heart strings a gentle tug. Following in the footsteps of pop-punk greats, Life On Hold sports some great songwriting and an exciting, engaging live show. Everyone involved has awesome pipes, and they consistently make use of them. With their strong musical skills and sunny dispositions in both their music and their personalities, Life On Hold deserves success."
(Cooper - 10-4 Music) http://www.tenfourmusic.blogspot.com/