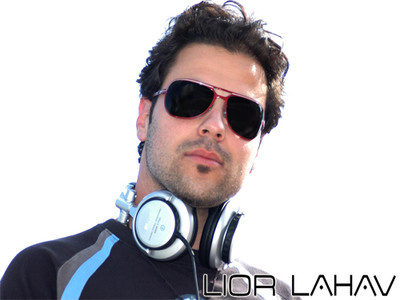 Lior Lahav also known as Solar System is an international deejay and producer who achieved worldwide recognition in 2008 as one of the top 100 djs by Dj magazine's reader choice award.

Lior Lahav was born in Naharriya, Israel on 1982. He has been making waves in the burgeoning trance scene since he was just 18  and soon he gained respect in the scene through his performances both in studio and when playing as dj.

After 10 years of producing professional electronic music, traveling the world playing his own uplifting version of trance, releasing two albums and dozens of tracks on worldwide compilations under his stage name Solar System, Lahav started a new electronic project under his own name with Uplifting Trance/ Progressive House / Tech-House style.

Besides his musical projects, since 2007 Lior Lahav is the owner and manager of the electronic dance label Sonesta Records, and he released there his debut EP "Kosher Beats". In short time his new music project became more and more familiar and his music started spreading out fast,

with dozens of releases and unique remixes to "Bruno Mars - Just The Way You Are", "Tydi ft Keshia - Fool" and "Dezarate & Michel Manzano - Soul Is In The Air" that was released by Armada Music and Perfecto Records and reached Beatport's Ten Most Hear Trance Tracks the first week it came out.