« See all of zircon's Songs 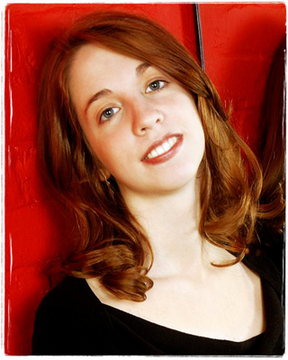 PlayBreathing You In (feat. Jillian Goldin)

#1 on the Garageband Trance charts for over 5 months straight! This track is a breakbeat trance journey through emotional melodies and an ocean of sound. Big beat drums replace the tired "four on the floor" kick while soaring female vocals power the breakdowns and chorus, surrounded by a massive variety of sounds, from celtic harps, to triple-layer basses, acoustic guitars, Japanese kotos, electric pianos, and beyond.

Comments for Breathing You In (feat. Jillian Goldin)

Reminds me a bit of greatness like Tiesto's mix of Delerium and Sarah Mclachlan's Silence-- not the same thing but similar ecstasy. Commanding voice + irresistible music. Rock & Roll!
by Electropanic on June 16, 2008 at 1:45 AM EDT

Most or all your songs are really good Jillian, it keeps the full attention of listeners like myself. I think you also have a very good voice which goes well with the music you make. Nice Work Jillian

keep on keepin on mastermix danci

check us out vote it counts nice wor

Your track is absolutely amazing... I love the rich composition and the arrangement. It's high up on the scale... Simply Beautiful in every way !!!
by 7th Dimennsion on March 24, 2008 at 3:29 PM EDT

This track is just amazing. Tons of instruments all harmonizing together to create a wonderful atmospheric electronic track. Vocals are absoulutely top of the line!