« See all of threedecadesin's Songs 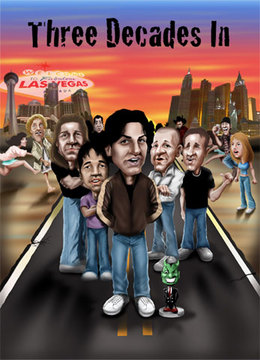 / 3:42
"Three Decades In" centers around Mark Bendetti who is glum about the fact he is about to turn 30 and his stand up comedy career isn't where he thought it would be. Sometimes, the best way to predict the future is to invent it. All that stands between him and a new destiny are his four friends, 1500 miles of road, six flipped out wrestlers, one wild house party, two wrecked cars, an ex girlfriend, a crazed trucker, an entire town out for revenge, not to mention the audition itself!
www.threedecadesin.com
Uploaded: July 12, 2007
Duration: 3m 42s

Comments for Three Decades In Trailer