« See all of Stephen Hedley's Songs 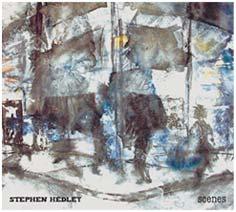 PlayWhy Can't You Be Satisfied

Stephen Hedley is one of those singer-songwriters whose music defies easy comparisons. Brought up in Windsor, Ontario, Hedley grew up only minutes from the Ambassador Bridge, a short jaunt over to Detroit, Michigan. With a clear signal from Detroit's massive radio market, Stephen enjoyed a diverse diet of Otis Redding, Jeff Buckley, Stevie Wonder, Nick Drake, Marvin Gaye, The Stooges, U2, Neil Young, Philip Glass and everything in between.

His debut CD ‘Scenes' reflects many of these influences
Uploaded: May 2, 2010
Duration: 4m 32s

Comments for Why Can't You Be Satisfied