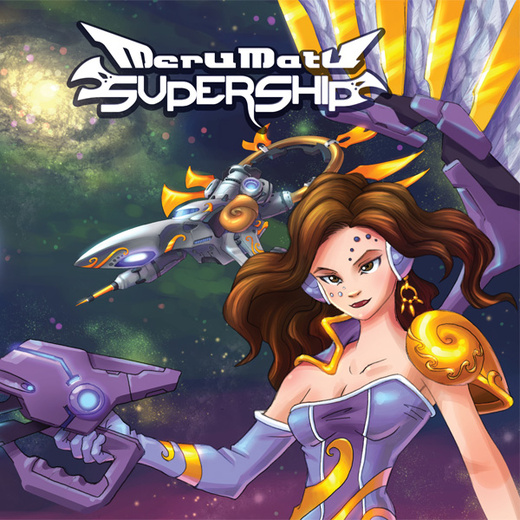 Currently nominated for “Best Pop Artist, Best Solo Artist, Best Singer/Songwriter” of 2012 at the “All Indie Music Awards”, held Feb 10th at the world-famous “Key Club” in Los Angeles, new artist, “Meru Matu” has the potential to change the face of mainstream commercial pop music. With the much anticipated release of “Meru Matu’s” self-written and recorded “Supership” album, comes the first single of “Turn My Pages;” a breath of fresh air to a somewhat repetitive industry. “Turn My Pages” is a preview of what’s to come from this promising rouge artist who’s all encompassing variety of styles come with a pop signature on AlienHaus Records.

Meru Matu has brought a promising sound to listeners that is unique and outside the box. “It’s time for the groundwork of change that has been laid by avant-garde artists such as Lady Gaga, Nicki Manjai, Travie McCoy and others to be solidified by artists who are also not afraid to create something new”, says Matu. She was also recently quoted using the word “adrenalized” to describe how she feels about the release of “Turn My Pages”, that is expected to take her straight to the number one spot on Billboard’s Top 100.

“Turn My Pages” is a true feel good song for the listener to adopt and own, like “The Gym Class Heroes” and Adam Lavine’s hit, “My Hearts a Stereo;” but Matu’s spin has a different analogy. What separates Matu from the rest of the commercial pop artists of today? Well, aside from not having a major label contract with multi millions of dollars behind her release, is that fact that she wrote and recorded her entire 12 track album that boast GRAMMY winners, Chris Trevett on the mix and Reuben Cohen on the master. Talk about changing the game, Matu is comfortable in the fact that good music has a ticket price that no label can afford and or control. In a recent interview, she painted a picture that freedom music is priceless as it is born of a place of uncertainty in terms of album sales, but it is deeply rooted in true creative bliss.

If you have ever wanted to see commercial radio shift from an industry controlled by major labels to a fair and balanced playing field where indie artists and labels have just as much merit, now is the time and Meru Matu is the artist to support. With each download purchased, you will be sending a message that indie artists and true music lovers have power in numbers and that indie artists alone can be an icon. “Let’s change the world together,” is the mantra Matu conveys to her listeners. “Turn My Pages” will be available December 1, 2011 at all online retailers world-wide. Be sure to watch the 2012 GRAMMY’s Awards in February 2013, to see if your voice was heard!