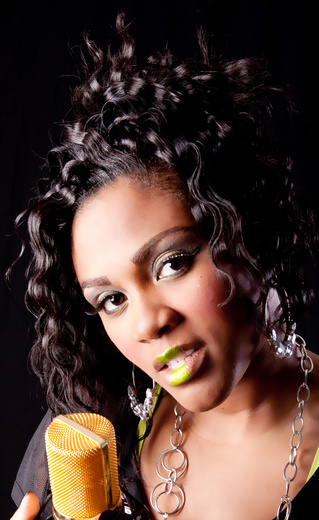 The Rap game is hard and for female rappers the chances of success grows even slimmer but that didn't stop the drive and ambition running through the veins of this Michigan born entertainer named Yolanda Ragland also known as MOBDIVA!
Her lyrics are hard but sexy. her style is simply put...BOSSY! This female Rap Artist has taken the Detroit Underground scene by storm with her many Hot Performances! This Diva has been a consistent figure in the Michigan Rap movement since 2002. Burning up the streets alongside M6 and the StayReady Ent. camp where she is not only crowned 1st Lady but a co-owner of the Label. she Co-Host, Film and Produce a local Television Show (OUTTHABOXTV.COM) with Label CEO/Rap Artist M

MobDiva has cashed in on many opportunities such as her St. Andrews performance (Home of eminems 8 Mile Movie) with Shady Artist Obie Trice. her single titled "Changing the Game" with former Universal Detroit Artist E-dub. The success with her single "21 Answers" a rap response to the hit song "21 Questions" by G-Unit artist 50 Cent, to her current success with her single "Bounce Bounce" from the Married 2 Da Game album featuring M6, which received over 15,000 hits on Youtube.com

Married 2 Da Game is her best album to date. This Collaboration with St. Louis Rapper M6 was a perfect blend of Southern Swagg and lyrical foreplay. You can expect Club banging Radio ready music. Her past solo projects include Street Diva 2002 and Picture Perfect 2004 both available at CDBABY.COM under her former name Baby Y

MobDiva envisions herself as a trailblazer. Not on a major scale but she has definitely opened doors and created many opportunities for other local artist and entrepreneurs such as herself. From Sponsoring and promoting events to producing small film projects this Rap Artist understands entertainment as a business and intends on making her name known as The Boss Lady...MOBDIVA!