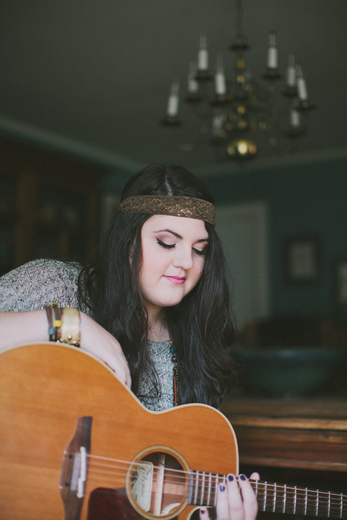 
Natalie Creel is a 23 year old singer-songwriter armed with vocals that are drenched in soul and conviction, an acoustic guitar, and whose music captivates you through lyrics that are thought-provoking, often brutally honest, and transparent. Her one goal and greatest pleasure is to write and perform songs that connect with people and meet them right where they are, whether it’s through telling a heart-wrenching story or singing a simple melody of joy.  Natalie has toured all over the south and north east United States. After receiving tons of radio airplay on stations across the U.S., and internationally, Natalie’s debut single, Pure White, hit Top 5 on the CRW Gold & Platinum Charts. The song, “Pure White”, from her debut Pure White EP, was added to Australia’s largest CCM radio network, Vision Radio Network, which broadcasts to over 450 stations Down Under. Natalie has also been featured on OurStage.com, an MTV Partner site, where she reached #1 on their Pop Chart. Natalie has shared the stage with award winning and critically acclaimed songwriters from all over the world, such as Ben Glover, Mat Kearney, Brian White, and Gretchen Peters. She has also opened for and performed with bands/artists Rush of Fools, Unhindered, Philmont, Jennifer Knapp, Karyn Williams, Downhere, and Plumb.  Creel’s song, “To California” was announced as a finalist in the 2011 International Songwriting Competition, an extraordinary achievement as the song was chosen among over 15,000 entries. Natalie has performed at three major Women’s Conferences with Authors/Speakers Lysa TerKeurst, Lisa Harper and Dee Brestin. Most recently, Natalie has teamed up with Tinderbox Music for a College Radio campaign and licensed her music to the Discovery Network, MTV, Showtime, and BRAVO.  Natalie's latest EP is slated to release Spring 2013.  Press: “Sounding like a young Sarah McLachlan, Natalie Creel’s voice is full of emotion and sincerity. With songwriting chops like this, it’s hard to believe she’s only 20-years-old!” –OurStage.com  “Natalie Creel provides a listening pleasure both with her voice and music and her lyrics. Fans of talented female singer/songwriters would be very wise to listen to this Mississippi native.” –Peter Braidis, Indie-Music.com  “Creel has a deep, soulful voice that sounds great with the acoustic-based tunes behind it. The production is clear, the musicianship is skillful and her voice is solid. It's a rather enjoyable album in a genre that seems to be rather hit-and-miss anymore.” –Scott Fryberger, JesusFreakHideout.com