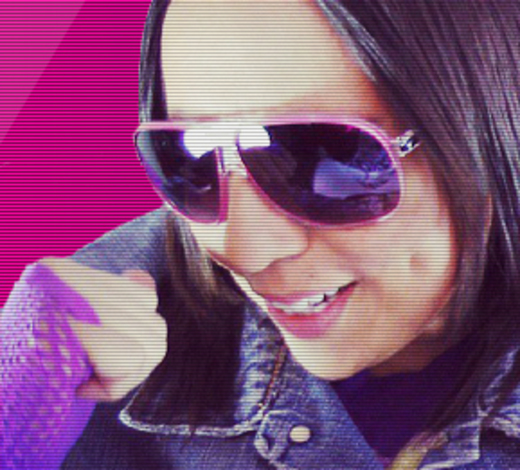 NICKY OMG! aka Nicky Primo
Singer/Rapper/Songwriter/Entrepreneur/Philanthropist - Born, in Morristown, TN, a small country town. As a child Nicky was instilled with music from the greats. Her specific memories are of being around 4 years old, singing songs for her family & friends from Z.Z. Hill's "Cheatin in the Next Room", and "Down Home Blues", Percy Sledge's "Dark End of The Street", and Otis Redding's "These Arms of Mine", and "I've Been Loving You Too Long". While still a small child, at 10, Nicky wrote her first song, "Dear Diary", and it was love at first pen stroke. Today, Nicky has over 400 songs in nearly every genre, including Rap, R&B, Pop, Country, Christian, and Rock. Nicky is not only an accomplished songwriter, but a Rap/R&B/Pop artist that is quickly developing a large fan base from children & teens, to the old school generation, and everyone in between. Nicky has her own unique style, swag, and charm that is addictive to say the least. You simply only have to meet Nicky or even just listen to one song and you're sucked in. You would think she would be cocky, but it's the complete opposite. Nicky is down-to-earth, humble, yet confident.

Nicky has rocked many concerts, events, and clubs, and has gained fans across the United States and the World. She describes her music as "Neo-Soul, Full of Emotion Old School Music, meets the Current sound of today's music, mixed up in a Pop Blender. This combination works for her and it works well, with fans in nearly every walk of life, age, and race. Nicky knows no boundaries, and she wouldn't have it any other way. "I love to please everyone, it's what drives me, it's what motivates me to come up with music that everyone will love. I don't just have one audience I'm after". Nicky says "I feel deeply, I feel whole-heartedly, and I express that in my music". Nicky goes on to say "I will have an award in every genre, I can not sing Country, or Rock but I will have an award for writing a song in those genres!".

Nicky has big aspirations, and once you hear this r&b crooner/rapper/songwriter you'll no doubt see why she is so confident that she will be on top of the music industry soon. There's something special and different about Nicky, she feels it and everyone that listens to her music feels it. On Nicky's facebook page, people often confess that that they felt Cold Chills while listening to Nicky's music. You don't often hear that these days, as 'feeling' is being lost in today's music more and more. Nicky plans to "Bring the feeling back to music", and is already off to a great start doing just as she set out, with her hit singles  "When I Get Time", "Best I Never Had", and "Headphones In World Out".


I asked Nicky why does your music have so much feeling? She passionately answered "Music is my heart, my soul, and my love, and so that's what I put into my music".
Nicky hopes her music will at some small level, change the world, not only by making people feel more, and therfore Care more, but also by giving her the means to bring awareness to charities that are dear to her heart such as the fight to end world hunger. Nicky emphatically states "No one should ever be hungry, Ever! The world produces enough food for everyone, so let's do something about it!".