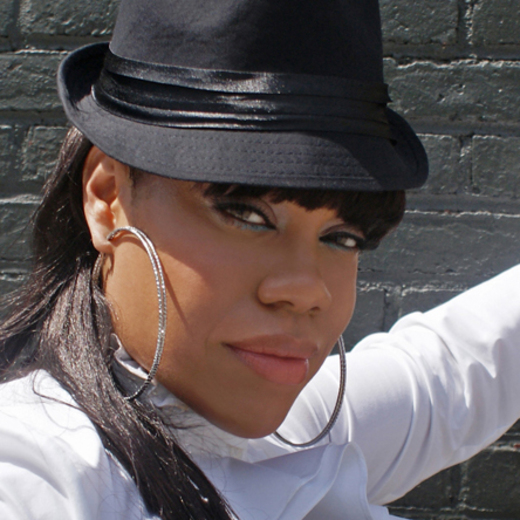 There are few new female artists who pack a vocal punch like Nikki O. With a buttery tone and powerful pipes, her dynamic range takes listeners on a melodic musical journey with her smooth urban grooves and streetwise love songs. Her penchant for relatable lyrics, radio-ready hooks and slinky R&B/Soul production makes her sound a breath of fresh air in today’s music scene, drawing comparison to pl

atinum powerhouses like Kelly Price and Faith Evans. This instant appeal is evident on sassy songs like debut single “Get With You”, a female empowering, girl-meets-boy anthem where she confidently turns the tables on courting

Born and raised in the Bronx, New York, Nikki first developed her trademark vocals while singing in the church choir—and when she wasn’t singing in church, she was performing in school plays like Annie and taking up community theater. Music was also in her roots—her grandmother was a singer who recorded with legendary gospel artist Dorothy Norwood and her uncle toured with artists like The Commodores in a band called The Landlord’s and The Tenants. Nikki also grew up alongside super producer Swizz Beatz who lived in the same Bronx apartment building

Nikki’s upbringing was not without adversity—in her third year of high school, she became a teen mother and family life became a priority. However, that didn’t stop her from her pursuing her dreams for long. She would eventually reclaim the initiative to jumpstart her music career, and it was the passing of her influential uncle that served as a motivator. “When my uncle passed away, I decided to continue music… I started asking friends in the industry for aid and advice; I finally said, ‘If no one else is going to fund me, I’m going to fund myself!’” she states. Nikki also began writing and collaborating with notable artists and songwriters. She eventually connected with vocal coach Conrad Robinson of MBK Entertainment who has managed stars like Alicia Keys. During that time, she focused on developing her sound and eventually started penning the songs that would become her debut

Spun from a web of real-life tales, Nikki O.’s music is the ultimate soundtrack for urban yet sophisticated listeners. On cuts like “Can’t Be Your Woman” she laments love’s bad timing with soul-stirring honesty, singing “I guess you don’t want my friendship/You’re getting up off your knees/You’re putting the ring back in your pocket/Now you’re walking away from me… I can’t be your woman…

With her first EP set for release this year and influences ranging from Luther Vandross to Mary J. Blige, Nikki O. is sure to bring back a sound and artistry missed by millions of fans and their music catalogs.