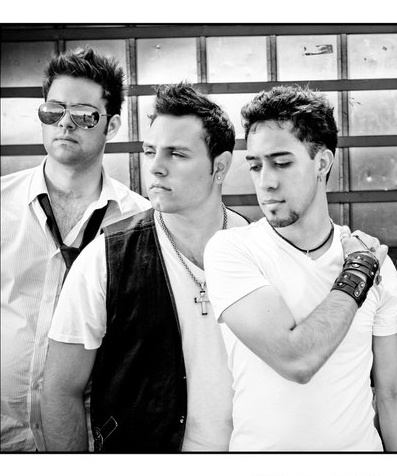 An emotionally charged band has surfaced in a period where so many are struggling to find a sound all their own. Paging Grace, the crowd-pleasing, Long Island Quintet of Chris Trentacoste, Phil Firetog, Rafe Tangorra, Sam Trestman, and David Wong, have been winning over the industry's toughest critics & fans alike since their first EP, All You're Made Of was released in 2007, their 2009 release of "Stay The Night". Now with their much anticipated 2011 release of Take Back Your Freedom the band continues to relate to it's wide demographic of fans.

Voted Best Band by the Long Island Press (2008, 2009), Paging Grace has captivated fans with their intense stage performance and anthemic songwriting. Named after lead singer Chris Trentacoste's grandmother, Paging Grace was a name to reflect how he believes that even after death, his connection with her continues and is only strengthened through his music. Just like Trentacoste, listeners need to have music they can connect with. Paging Grace's blend of piano-driven rock and soul searching storytelling is accessible enough for everyone.

Their debut EP, All You're Made Of saw over 5,000 digital copies sold. The album's single "Leave' impacted radio in January 2008 in the "Hot Adult Contemporary" genre, and was statistically well recieved in the Los Angeles, Dallas, and New York markets. Soon after, the band was awarded "Hot AC Most Added New Artist" and reached number #1 on the "Independent Music Network ".

For their followup release, the band enlisted producer Mike Watts (Brand New, Adalita's Way). The EP features new material such as the power ballad "Take Back Your Freedom". Originally penned about Trent's mother during her battle with breast cancer, it soon became a political anthem after it was performed at the 2008 Presidential Debate Rally in New York.

Paging Grace has garnered much attention due to their music and the fact that their content speak to so many on listeners so many different levels. With their loyal and ever growing fan base and immense web presence (listed Top 10 artist in New York by Myspace, Top 3 by AOL City Guide ) there has been unfathomably quick success for Paging Grace. Now they are paging the rest of the world to discover what everyone has fallen in love with.

Paging Grace also is very involved with various humanitarian societies and charities, and has helped them since the launch of the Paging Grace Care's Campaign! Rafe Tangorra, drummer of Paging Grace, and co-founder of Rock Out Autism. Tangorra started Rock Out Autism back in 2008 and after two years, this Benefit Concert has become one of the biggest shows on Long Island, and raised an overall of $37,000 for The Fay J. Lindner Center which provides services for children and young adults living with autism! Now they are a national non-profit 501c3 organization with over $50,000 raised and counting. Rock Out Autism is dedicated to improving quality of life and maximizing individual potential for people of all ages affected by autism spectrum disorders.

Paging Grace certainly isn't just your average rock band! I dare you NOT to love them after your first listen!