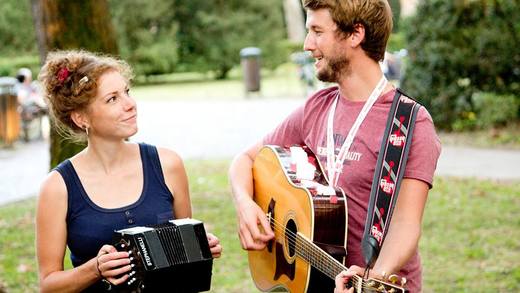 About David Harbottle & The Friendly Cats

David Harbottle & The Friendly Cats are a folk outfit based in the wilderness of Totnes. They paint pictures with their words and share stories of folk auld and new. They are hardworking songsmiths that place an emphasis on musical independence, originality and breathe new life into Traditional English Folk songs.

Having gigged extensively in the Northwest with their seven piece folk outfit; ‘The Friendly Cats’ have completed two tours of Ireland, a tour of Italy and have appeared on Irish and Italian Television respectively. The band are now based in Devon and the folk outfit have a more intimate appeal. Following on from the e.p releases of 'Strangers', 'Ferrara Girl' and most recently 'Dawn Breaks' they are currently in the process of recording their debut album.