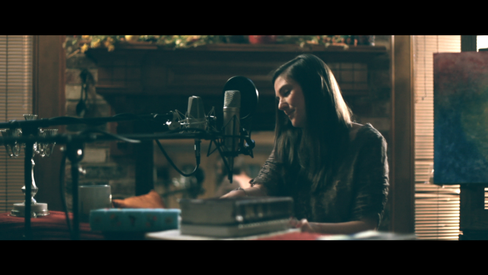 Through tragedy, through loss, through sickness and loosing it all, Alisa still sings.

Alisa Turner has been writing and performing from the early age of 11. Though she admits at the time there wasn't much worth listening to, she did embrace those early years trying to conquer the basics of how to write a good song. Entertaining an audience is a must, photo shoots and sparkly dresses are quite the delight, but at the end of the day she wants to be known for and remembered as a respectable songstress. "When a song can be stripped down to its most basic and raw form and still be great, everything else is just a bonus" says Turner.

She leaves it all on the stage. Vulnerability just scratches the surface of what you'll see when you witness her perform. She takes all that she has endured in this life and pours it into her eloquent piano ballad driven melodies with determination in connecting to each member of the audience.

Its been an uphill battle since tragically loosing her father, being bedridden for 3yrs due to lyme disease, and giving birth to her son London who lived only 71 minutes in her arms. But instead of focusing on what has been taken away, she rejoices for all that she has been given. It hasn't been easy for Turner as she will truthfully tell you but, surrendering to it all isn't an option for this musical warrior.

Alisa has worked with Producers Robbie Seay (of the Robbieseayband), Don Chaffer (of Waterdeep), and Songwriter Cary Barlowe (of Taylor Swift/Carrie Underwood/Lady Antebellum). She has toured and or shared stages with Brandon Heath, Michael Gungor, Shane Alexander, Tenth Ave North, Shane & Shane just to name a few. Her music was used by Stacey Tookey on the TV Show, So You Think You Can Dance which allowed her to spend two weeks at the #1 spot on iTunes Singer/Songwriter Chart. She was also featured on Toby Mac's Album, Portable Sounds. In her own words "It truly took blood, sweat, tears, and many nights sleeping in the car across this beautiful country to have such wonderful opportunities. The difficulties have made me appreciate even the smallest of successes like the first time I received an iTunes check, the first time I was paid for a show, and the first autograph I ever signed".

In person she comes off as a quiet and gentle spirit, but on stage she is set free. An pin dropping unforgettable strong soaring voice comes out of this girl full of passion and commitment to each note she plays and lyric she sings. She takes you on a journey all your own, capturing your attention and captivating the soul. Alisa Turner is using music to make intimate heart-to-heart connections where ever she goes. And its all as natural as breathing.