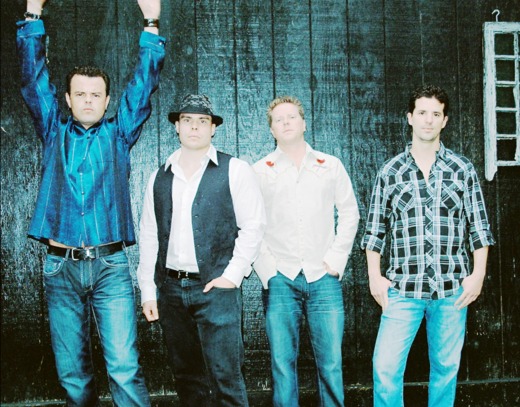 Marinated together in early 2009 originally as the 5 member band like blending choice seasoned spices in a culinary treasure to create rock music for the world. Although, initially each member helms from different corners of the west region of the United States. They met and formed the band while living in Seattle, WA after a consistent time of artistically crossing paths. The underlining unspoken message the men want to say with their music is: “From the basement, to all the listening and visual audiences everywhere this is for you”.
“AM” (AnnAMercury) after one year running with each other in a tour de force mode as a five member rock warrior machine. They are currently revamped and reloaded to comprise the ultimate four strong members that include Brady singing lead vocals, Jeff playing drums, Alex strumming the bass, with guitars being laced by Pete. All four share a mutual inner passion for music and a quiet determination to be as good as they possibly can be. The music that the band chooses to create is original in nature with a savory rock-n-roll flavor. And each member contributes by drawing on their own musical backgrounds in a combination of ways to make the songs happen.

After only several months in the making of the band they finished recording their 5 song EP as of late 09' at the legendary renown London Bridge Studio with engineer/producer Geoff Ott of notable mention who has worked with many artists to name a few such as: (3 Doors Down, Nickelback, Pearl Jam, Alice in Chains). The EP was officially released in mid-November 09' attracting lots of attention by many listeners, radio and fans worldwide! AnnAMercury, returned to London Bridge Studio in November 10' to record two new singles for special promotional and charitable purposes: songs (Coming Back & In The Background).* They have since begun in the fall 11' preparation for their full album and is currently writing all original new songs, so stay tuned for information on it's future release