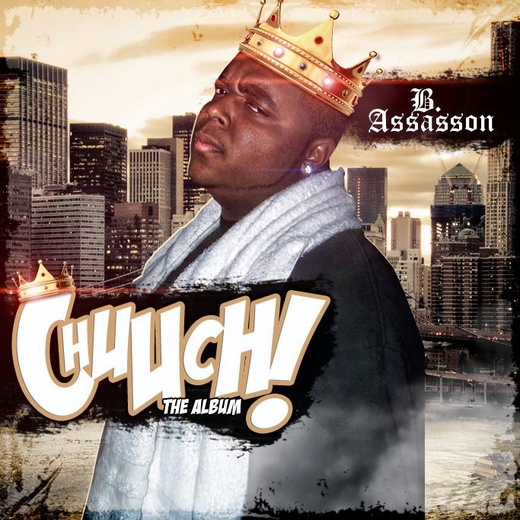 born in the city of "NEW ORLEANS, La. (Westbank)NEW ORLEANS, LA. a city known for one thing other than it's high crime rate, and that would be talent that's born there. he's been seriously spittin since the age of 17. with hustle and grind 24/7. he is Hip-Hop and Hip-Hop is him. earlier in his career, he started off battle rapping and was given the name "Assas-son." (B.= Babyface) which was given to him by the ladies. (Assasson) well, it's self-explanatory. he shortened "Babyface" into "B." equaling (B. Assasson). he's collaborated with several great artists such as "J-DAWG" of (big boy records) MELLO, CARTEL, BAM3AZY & many more. I've also had the pleasure to work with new orleans' very own son 'PRECISE" one of the greatest music engineers there is. the journey that he's on has taken him to many places sending him into many directions & introduced him to lots of talented people. In early 2008 he was connected to "AQP/UTP" two of new orleans' based record labels. There he had the pleasure of being label mates with the likes of: "J-DAWG & THREAT (BLACK MENACE)" SEAN C, JUVENILE, INSANE, GHETTO TWIINZ, PRECISE, CAPE, PARTNERS -N- CRIME, & C. SMITH. This is his passion, life-long dream, and a road that has no endings. with his first album titled: "the apitemy of a new breed" he created a strong buzz on the westbank collecting haters & lovers in the process. but the haters didnt stop him, he continued to bring crowds to local clubs & created a fan base that was pretty solid. when he released his 1st mixtape titled: "the arrival vol. 1" & released his hit single "sucka free" (produced by the great mannie fresh) he took it up another knotch. as fans & peers wait to see what he is up to next, one things for sure, he will not disappoint. he's on his way to the top, and once he gets there he won't forget the ones that supported. "Chuuch..."